Archives
« BTFC Presents: The Best Comics of 2013
COMPUTER MADE A GAME BY ITSELF. Entered Into Competition. It’s All Over. »

‘STAR WARS’ comics are moving to MARVEL. No Duh++ 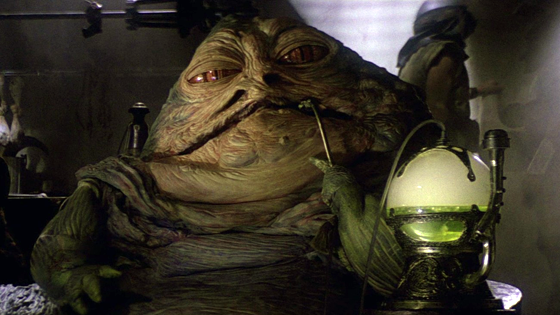 Double-dipping on the Star Wars news today. Sorry! Sry. Gomen ne. Word has come down that Disney is doing the obvious — namely giving Marvel the license to Star Wars comics. A bit of a no brainer, considering that The Anti-Semite Mouse owns the House of Ideas.

In a move many industry observers considered inevitable, Marvel and Lucasfilm announced Friday that Marvel now has “exclusive rights to create and publish ‘Star Wars’ comics and graphic novels,” starting in 2015.

“We here at Marvel could not be more excited to continue the publication of Star Wars comic books and graphic novels,” Marvel publisher and president Dan Buckley said in a statement. “The perennial brand of Star Wars is one of the most iconic in entertainment history and we are honored to have the opportunity to bring our creative talent pool to continue, and expand Star Wars into galaxies far, far away.”

“Star Wars” has been a significant part of Dark Horse’s publishing line, with five new single issues solicited for release in this month alone. Dark Horse publisher and founder Mike Richardson said in a statment that he was “sad to report” the news, but “we have prepared for this eventuality by finding new and exciting projects to place on our schedule for 2015 and beyond.”

Brian Wood, who writes the ongoing “Star Wars” series at Dark Horse and “X-Men” for Marvel, wrote on Twitter that his run reaches its scheduled end this year with issue #20. “No reason to think Marvel has interest in me writing SW. I’m sure everyone and their mothers will want to write a Marvel Star Wars book!” Ina follow-up, Wood stated, “I love Marvel, but DH put 22 years into developing and nurturing SW, and this sucks for them, ESP the staff who handles the franchise there.”

Total bummer for the staff over at Dark Horse, many of whom have run the Star Wars ships for years upon years. Unfortunately this was an obvious move the moment that Disney consolidated pretty much all of my childhood and adolescence under their umbrella.

Anyone here read the Star Wars comics? If so, what would you want Marvel to do? Reboot? Carry on the canonical sheezy? Let me know.