COMPUTER MADE A GAME BY ITSELF. Entered Into Competition. It’s All Over. 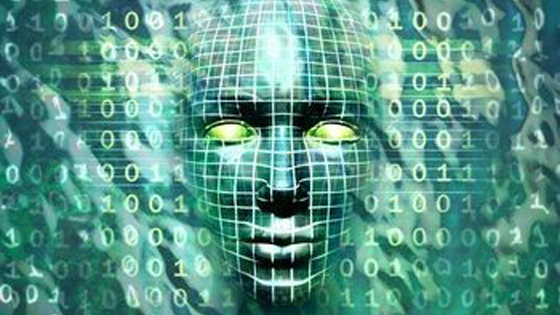 Wait computers haven’t made games yet? I just sort of assumed. Maybe it’s because I wear tight leather pants, jack into the Matrix nightly, and generally stick Neuromancer up my ass while wearing sunglasses in the middle of a dark room. Still though, this is pretty gnarly. And terrifying.

ANGELINA is a computer program that designs games. It (she?) was designed by Mike Cook, as part of his research into  how computers can design games that humans wouldn’t think of on our own.

ANGELINA has been designing games for a while, but this is the first time she was entered into a competition with a strict theme and compared to games made by human designers. Another participant in the competition told New Scientist, “I can safely say that the game created by Angelina has better gameplay and graphics than several other entries”.

Here’s the description of the game, written by the program:

This is a game about a disgruntled child. A Founder. The game only has one level, and the objective is to reach the exit. Along the way, you must avoid the Tomb as they kill you, and collect the Ship.

I use some sound effects from FreeSound, like the sound of Ship. Using Google and a tool called Metaphor Magnet, I discovered that people feel charmed by Founder sometimes. So I chose a unnerving piece of music from Kevin Macleod’s Incompetech website to complement the game’s mood.

Let me know what you think. In future I’ll put more levels into my games, and also make the mechanics more interesting.

You can determine that for yourself by playing the game here, and you can see more of ANGELINA’s games here.

Tags: ANGELINA, mike cook, Neuromancer, The Future, to the sect