DC wins the FINAL APPEAL in the case of SUPERMAN RIGHTS 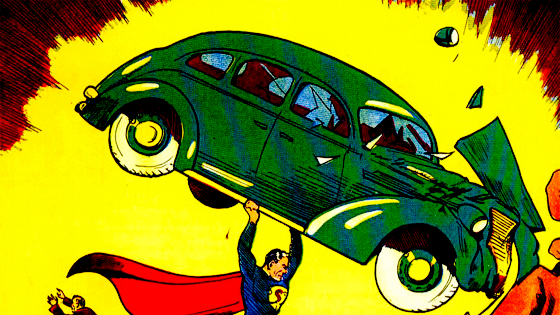 It appears that DC is inching closer (if they haven’t closed the case already) towards completely subsuming the Superman rights into their bulging corpus. Latest in a long line of appeals and whatever stuff has ruled in favor of The Man.

Although the attorney representing the heirs of Superman creators Jerry Siegel and Joe Shuster had vowed they were “prepared to go the distance” in their legal battle with DC Comics, they appear to have reached the end of the road. Of course, that’s been said a few times before.

As Deadline reports, in a 2-1 vote the Ninth Circuit on Thursday tied up the loose ends in what it describes as “the long-running saga regarding the ownership of copyrights in Superman — a story almost as old as the Man of Steel himself,” reaffirming an October 2012 ruling that the Shuster estate is prevented from reclaiming the artist’s stake in the character by a 20-year-old agreement with DC.

“We are obviously very pleased with the court’s decision,” DC’s parent company Warner Bros. said in a statement.

That lower-court decision, which was appealed in May, dealt with a 1992 deal in which the Shuster estate relinquished all claims to Superman in exchange for “more than $600,000 and other benefits,” which included paying Shuster’s debts following his death earlier that year and providing his sister Jean Peavy and brother Frank Shuster with a $25,000 annual pension. In October, U.S. District Judge Otis D. Wright found that the agreement invalidated a copyright-termination notice filed in 2003 by Shuster’s nephew Mark Peary.