Archives
« CLIFF BLESZINSKI teases NEXT PROJECT with SOMETHING LIKE AN IMAGE.
Cosplay: ATOMIC WONDER WOMAN is ready to CHAINSAW YOUR FACE. » 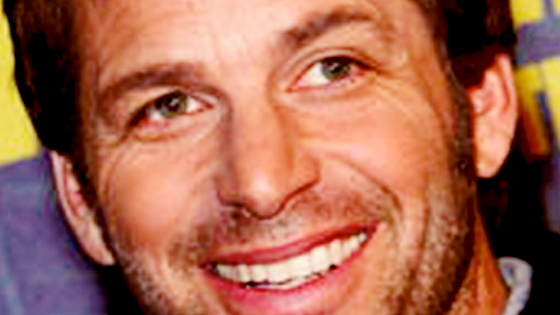 So an overrated, under-talented hack of a director and a washed-up, ideologically shifted writer walk into a bar. That’s uh, that’s all I got. Oh, I guess I could say this: I could not give less of a fuck about Frank Miller and Zack Snyder meeting to discuss how the former is going to shit all over the buttocks of the latter’s seminal work. You know, in an attempt to pay homage. Or be inspired by it. Or whatever.

When the as-of-yet-untitled “Superman Vs. Batman” movie that was announced at Comic-Con last month, “Man of Steel” actor—and man with the golden pipes—Henry Lennix read aloud a quote from the seminal 1986 graphic novel “The Dark Knight Returns” to give nerds a tease for the kind of direction Zack Snyder and David S. Goyer are looking to go with the film. So it should come as no surprise that Snyder is apparently meeting with the graphic novel’s writer Frank Miller to talk about the highly anticipated film.

Bleeding Cool reports (via The Independent) that Miller’s “going to be meeting up with Zach [sic] in the next few days to go over the plans for the Superman film,” with a source adding that “things should be clearer after that.” Before you folks go crazy, don’t forget that the two have a previous relationship—they worked together on both “300” and the forthcoming prequel “300: Rise of an Empire” is based on Miller’s graphic novel—and that meeting will probably be no more than a friendly conversation among friends over a shared topic of interest: Superman and Batman.

As we outlined in our feature 6 Things You Can Likely Expect From Zack Snyder’s ‘Superman & Batman’ Movie, the upcoming movie will be inspired by Frank Miller’s “The Dark Knight Returns,” not based on it. Sorry, we’re not going to see a 60 year-old Bruce Wayne hobbling around. But again, given that Snyder and Miller are old pals, it’s probably no shock that they’ll get together to chew the fat. Whether or not it leads to further involvement… Well, let’s not forget that Miller’s last attempt at a movie resulted in “The Spirit.”