The ‘X-FORCE’ MOVIE will feature a 5-Person team. Plus! So many pouches. 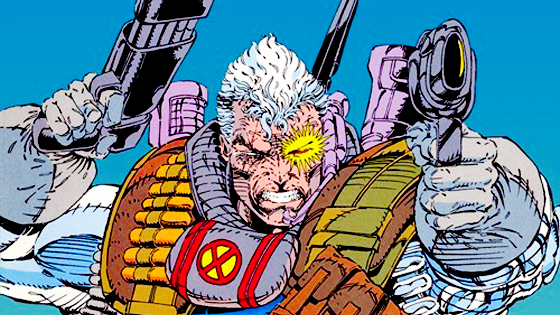 Rob Liefeld needs to be the artistic director on this son of a bitch. Just totally lay out some gorgeous costumes with like a million-pouches. Every character played by Vin Diesel (forget the Avengers 2), after we stack on some serious muscles. ‘Cause, you know. Ain’t the X-Force unless it has anatomy-breaking muscles and pouches.

We know Kick-Ass 2‘s Jeff Wadlow has been hired to write, and possibly direct, an X-Force movie for Fox. Beyond that, however, details are slim. Indeed, it’s not even clear which lineup of heroes the X-Force movie will feature.

But we now might know how many heroes to expect.

Wadlow and Mark Millar spoke with Slash Film at Comic-Con International to promote the upcoming Kick-Ass sequel, and naturally the discussion turned to the developing X-Force. On the topic of which characters Wadlow intends to use for X-Force, the writer kept his lips sealed. Millar, however, let out an interesting detail.

“People are going to be dissecting every name as it gets released,” said Millar, Fox’s consultant on all things Marvel. “So it will be so cool when you have your five.”

Five, he says. That doesn’t exactly narrow down which characters are going to make it into the film — the modern-day Uncanny X-Force lineup is much closer to that number than the robust Rob Liefeld era — but Wadlow has made it clear he’s a fan of both versions.

“I love the current incarnation, Uncanny X-Force. I love what Rob did in the ’90s,” he said. “What’s interesting with X-Men, I mean they have an iconic lineup, so you know who’s going to be in that movie. But X-Force it’s like, ‘Who is it going to be?’ I love that people are guessing.”