‘BIOSHOCK INFINITE’ Collector’s Editions revealed. But what if it sucks? 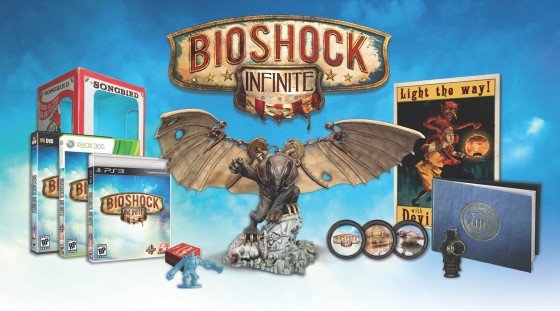 Yeah, I went there. As much as I want to be hyped for the fucking BioShock Infinite Omega Level editions, I can’t get there. People are leaving that game’s development team like it’s a flame-covered donkey ride in the middle of the ocean. What is that, exactly? Fuck you! I don’t know. Anyways, so yeah. Buy these. At your own risk.

Both editions include a 64 page mini-edition Art of Columbia art book, a 25mm resin-cast Handyman figure which ties in to the upcoming BioShock Infinite board game, a 5×7 inch lithograph depicting propaganda for Devil’s Kiss vigor, a Murder of Crows replica bottle keychain, the digital soundtrack, and three exclusive in-game power-ups. Also included for Xbox 360 are exclusive Booker and Elizabeth costumes, while PC and PS3 owners getBioShock Infinite themes.

After teasing a fewpartialphotos of the Songbird, Irrational today finally unveiled the limited editions along with their prices. The Ultimate Songbird edition featuring the statue is priced at $149.99, while the Premium Edition sits at $79.99. Irrational warns that both editions are only available in limited numbers, so if your interest couldn’t possibly be more piqued you can head here to set up pre-orders. 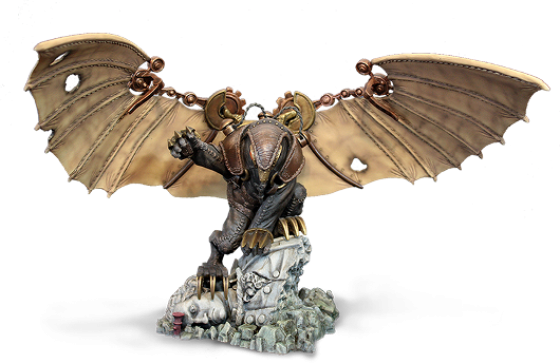