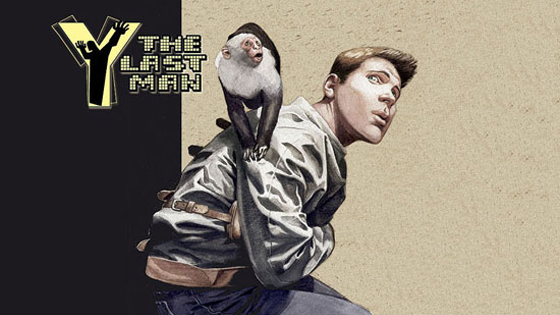 While Brian K. Vaughan spends these days dominating on Saga with Fiona Staples, homeboy first got noticed for his series Y: The Last Man. The comic has been in movie development hell for a while now, but things seem to be picking up around the yard. People are quietly murmuring, pulling up their pants. Getting on with their business.

In an instant, every man on planet Earth dies. Only women remain, which is fine by them, until they realize without men the human race doesn’t have a chance of surviving. That makes that fact that one man survived — one man on the entire planet — kind of a big deal. That’s the basic plot of Brian K. Vaughan‘s Y: The Last Man, a 60-issue comic book series that ran from 2002-2008. Hailed as a modern classic, it’s been on Hollywood’s wish list of comic book properties since 2006. However, the epic story and downer premise have made an adaptation near impossible.

Filmmakers have tried though. DJ Caruso was long attached with Shia LaBeouf aiming to star. Louis Letterier took a crack at it and, most recently, Jericho writers Matthew Federman and Stephen Scaia were tasked with rewriting the script. It turns out New Line Cinema, which owns the rights, loves the duo’s take on the property and have now put the film back on the fast track. It’s a top priority and they’re currently meeting with directors. Read more after the jump.

Vulture broke the news about New Line’s newfound confidence in this long gestating property and states the following:

We hear that the studio is very pleased with a draft from former Jericho writers Matthew Federman and Stephen Scaia, and has already begun the process of meeting with director candidates to hire for the project.

For a while, Caruso’s plan was to build the film as the first of a trilogy. He simply figured there was too much story for one movie. Letterier agreed when he pursued the project. However, for the studio to suddenly get all excited about this property, after six years, leads me to believe Federman and Sacaio come up with some kind of radical new take.