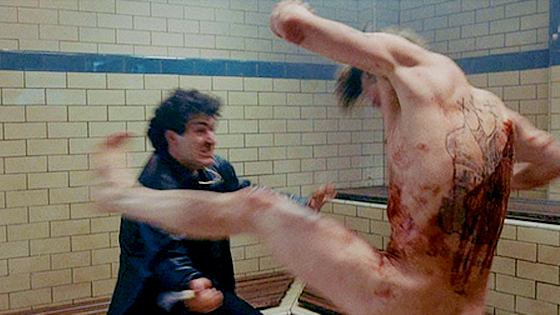 From Aragorn to Arakarababa zappy do! That’s a spell. Get it? Ah, fuck me. Whatever. Sir Viggo, known not just for Lord of the Rings but bare ass sauna fights, may be appearing in the second Thor flick. The world is better for this.

As more and more news leaks about Phase Two of the Marvel Cinematic Universe, our curious natures take over. Sure Iron Man, Thor and Captain America are all getting new movies, but which characters and Easter Eggs will be included that look ahead toThe Avengers 2 and Phase Three? The safe bet would be to look at set photos like these as well as the plots of Guardians of the Galaxy and Ant-Man, things that have some basis in realtiy. But what’s the fun in that?

It’s more fun to go way out there on a limb, and a new rumor does just that. The rumor is that Dr. Strange will appear in Thor: The Dark World and Marvel wantsViggo Mortensen to play him. Read more after the jump.

According to ScreenRant and The Playlist (both of which helped contribute to this article) the rumors originated with the Twitter account Roger Wardell, which has been posting dead-on Marvel insider information for some months.

Inside News: Marvel is negotiations with Viggo Mortensen for an unspecified role in one of their Phase 2 films.

Roger [email protected]
Inside News: There’s something “Strange” about Thor: The Dark World

These tweets were posted independently, but the pairing does make sense. Joel Edgerton had reportedly been discussed to play the part at some point but was too busy to oblige. Mortensen fits that same gruff, alpha-male role and even brings some Oscar cred. He’s also not adverse to doing genre films, as he was one of the leads in the Lord of the Rings movies.