James Cameron: ‘AVATAR 4’ is going to be a prequel. Humanity: Oh f**k you. 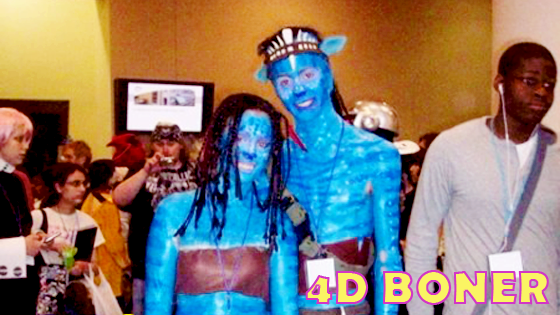 Man, Avatar 2 and Avatar 3 were garbage. Garbage! Jimmy Cameron doesn’t care though, and he is already running his mouth about the fourth title. Shit. Pause that record. Jimmy hasn’t even broken ground on the second flick, and he is already talking about Avatar 4: Back in the Days? Let us never say he lacked hubris.

James Cameron was not kidding when he said he was just going to make Avatarmovies for the rest of his life. In an interview with MTV, he discussed plans for a fourth Avatar movie, an idea he’d been throwing around for a while until he realized that he might have a few more years of being alive on the Earth to make more movies, and he might get bored. So, he might as well. Apparently, the plan is to make the fourth movie a prequel to the other three movies, which sounds likesomething we’ve seen before that went, well, not that great for the fans. But don’t worry — Battle Angel is still going to happen. Probably. Five years from now. Maybe.

We knew that Avatar 2 and 3 were happening, shooting back-to-back in preparation for a possible 2015 release date. Sigourney Weaver — who is going to come back for both sequels despite her character’s death — even said that all three movies would shoot consecutively. But the fourth one was only a “maybe,” and it had been referred to as a sequel. But now, Cameron is making it sound like a pretty sure thing, saying it’ll take place before the events of the first movie.

I haven’t really put pen to paper on it, but basically it goes back to the early expeditions of Pandora, and kind of what went wrong with the humans and the Na’vi and what that was like to be an explorer and living in that world.He pointed out that in the 2009 movie, we knew that there had been Earthling activity on Pandora; Weaver’s character, Dr. Grace Augustine, had been getting in good with the Na’vi for a while before we were all officially introduced to her. (And this is a good way to get Weaver in the fourth movie, since it would make logical sense. It’s all good. We’ll just ask her to continue to stop aging.) But Cameron would not like that fourth movie to be thought of the same way as another blockbuster prequel, he’s begging you please:

[The events of the sequels] will complete an arc and if that leads into more, we’ll start, not imitating ‘Star Wars,’ but it’s a logical thing to do because we’ll have completed the thematic arc by the end of three. The only thing left to do is go back to see what it was like on those first expeditions and create some new characters that then become legacy characters in later films. It’s a plan.So, if James Cameron feels the need to go back and tweak things in the original Avatarmovie because he discovered more stuff along the way (like improved filmmaking technology, for instance), maybe he’s giving everyone permission to slap him in the face, tell him “Get a hold of yourself, man!” and just make more prequels? But also, he might end up making no less than 24 Avatar movies.