Archives
« Edible Castle Made Out Of STARBUST!, I Choose You To Rot My Teeth
Jim Lee On The Timing Of DC Comics’ “Announcement” Of A Prominent Gay Character » 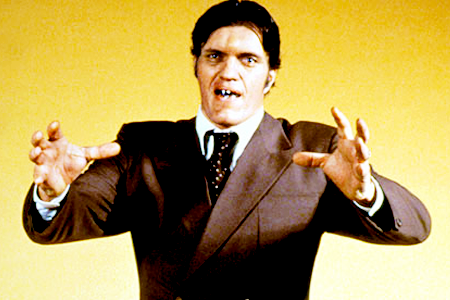 The Cold War is heating up again! Russia is going full Bond, revealing their intentions of building a permanent base. ‘Cept I don’t really care that its Russia, cause at least someone is planning it. ‘Cept I don’t think they’d tell anyone if they were building something nefarious. Or would they? Plot! Thickens!

This isn’t the first time we’ve heard Russia talk  ambitious plans  for the Moon; back in March, leaked documents outlined a number of the country’s deep space mission objectives (including sending probes to Jupiter and Venus, and conducting “a demonstrative manned circumlunar test flight, with the subsequent landing of cosmonauts on [the Moon’s] surface”); but it’s the context of Tuesday’s announcement that makes it especially noteworthy.

For one thing, Russia’s not alone in their lunar ambitions; Japan has made its interests in Moon exploration clear, as well. Nor is Russia alone in its willingness to work with other countries in achieving its goals; the benefits of international collaboration, were, after all, a central theme at Tuesday’s space summit. Which calls attention to something important about Tuesday’s multinational conference: America’s conspicuous absence. Writes  Nature News Blog’s Eric Hand:

Interestingly, the leader of the space agency whose headquarters is just a few blocks away [from the conference] was not on the stage. That’s because NASA administrator Charles Bolden was in Florida, watching the attempt by SpaceX to send its Dragon capsule to the International Space Station.

But perhaps it was somewhat appropriate for NASA to be absent. Increasingly, the agency has had a hard time consummating its joint ventures, and Europe in particularhas had to turn elsewhere for partners. [Hand’s last point is in reference to  NASA backing out of ExoMars  – a joint Martian mission program between NASA and the European Space Agency – due to budgetary constraints.]

No, seriously. This is awesome. Glad to see the various tribes of the Blue Marble making space moves.