Archives
« Monday Morning Commute: Heart-Failin’ Classics
Drive: Life Outside the Five Is Well Worth It »

Shucks howdy!, everyone. This is your friendly comic book column. You know, the one where I, the blather monster tell you all the comic books I’m interested in this week. You wrestle with your distaste for me, and ideally then let me know what you’re diggin’ on in the comments box.

Red Wing #3.
So help me if you’re not reading this comic book. It’s Hickman! It’s Pitarra. It’s a gorgeous jaunt through both space and time, and if I’m understanding the comic then they may be the same thing and they’re utterly non-linear. Hickman rocks his usual dope action-meets-philosophical ponderings, this time using the lure of a broken future strung through the clash between the citizens of a Future and their angst at the parents who broke the Globe.

Somewhat salient in our shitty times.

Pitarra’s artwork is inventive and it manages to blow me away with each new attempt at panel structure, or lack thereof. 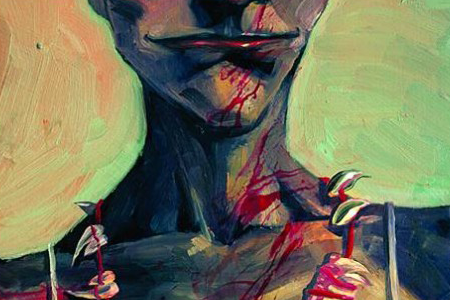 Done to Death.
Andrew Foley and Fiona Staples are coming together for this graphic novel being published by IDW. I hadn’t heard of it until Robot 6 did a sneak preview a couple of days ago. I was sold! I was sold with a conviction. A passion. Truthfully I was sold at the combination of Fiona Staples’ gorgeous artwork meeting a morbid murder horror jaunt.

“Fed up with receiving poorly written Twilight knockoffs, editor Shannon Wade did what any reasonable person would: she started killing the worst of the would-be authors sending them to her. Meanwhile, Andy, a stuttering, overweight vampire has targeted those who portray vampires in a light he deems unrealistic. Not exactly novel but terribly graphic, Done To Death follows Andy and Shannon’s paths towards a collision as darkly funny as it is ridiculously violent.”

Violence? Comedy? Spitting on the cultural blight that is Twilight? Yeah dude.

(Can you tell I’m tired as fuck and vomiting this up while shotgunning Diet Dews and praying to the Gods of TRIMETHYLXANTHINE that a few molecules passing by while stick onto my blood cells and carry me through this column? Well if you don’t know, now you know.) 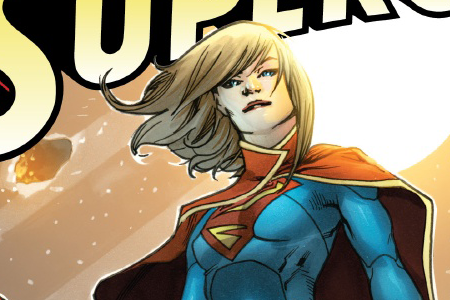 DC  SUPER RELAUNCH TIME!
It’s week three of DC relaunching fucking everything! Have you been keeping up? I have dabbled. A superior intellect to mine, my brother read through Green Lantern and blithely commented that if I needed anything to use after taking a crap…and then threw the comic across the room without finishing the sentence. Still though. Animal Man? Awesome. And uh…Well, Animal Man. Awesome. I heard Stormwatch is a gloriously deep-tongued Apollo to Midnighter homage to Mr. Warren Ellis my (Dark) Lord and savior. I need to check that out.

Supergirl #1, which has some stunning visuals and has been marketed towards the “Hunger Games” crowd. That means me. Direct your rotten tomatoes directly at my tits, watch the face. I know. Batman #1 is dropping, and despite being written by Scott Snyder I’m suffering from I-Don’t-Give-A-Fuck-Itis. There’s also first issues of Catwoman, the Outlaws, Captain Atom! and more. By all means – if you think one of these is going to stick suggest it to me. I can’t afford to try all 52. Fuck I can’t afford to try 26. Or 13. DC. You’re bonkers, yo. 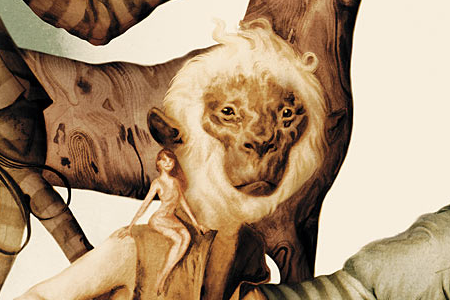 Things I Should Be Reading, I’m Not.
For various reasons these titles are dropping this week. I’m not currently reading them because I’m stupid, I’m a couple of trades behind, my Mom said I couldn’t read it because it was the Devil’s work: DMZ, Fables, Beasts of Burden. If you read any of these, they’re coming out. Bask in the glory that is their release, shake your head at my inferiority. Mutter a small condolence and prayer for my improvement. 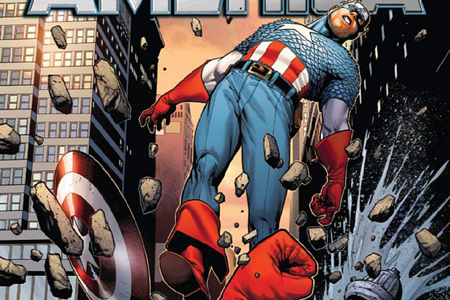 Marvel Releases Comics.
Marvel is dropping X-Men: Schism #4 this week. It’s totally bonkers! Cyclops is going all Magneto and shit, and Wolverine is the sympathetic voice of reason? Bwah?! Up is down, left is right, Republicans believe in science? (Thinly veiled political commentary!) Nothing is scared anymore! Nobutseriously, Schism is the first entertaining piece of X-Verse Proper that I’ve come across in years. X-Verse Proper, guys. Don’t throw Whedon at me, or Uncanny X-Force, or Peter David’s X-Factor. Understood? That unto itself says something.

More Marvel comics! Daredevil #4 is dropping, and I continue to not give a fuck and simultaneously hate the new bent on Murdock. Great artwork by Rivera and Martin. Just not enough to get me interested in Murdock as an annoyingly upbeat rake. Sry! Captain America #3 is arriving, and it continues Steve Rogers does Inception. I enjoy the title. It’s Brubaker, it’s McNiven, and it’s an interesting metaphysical riff. Almost enough to get me over them killing off Bucky. Fuckers. Finally there’s Invisible Iron Man #508. Fraction and Larocca continue to be the most consistently enjoyable team for me every month. For past three or so goddamn years. (If you’re not reading Fraction’s Casanova wise the fuck up.)

That’s it for me. What you got?