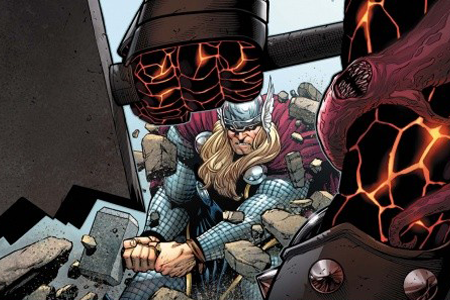 Every Wednesday I’m granted a brief reprieve from the quiet of my own mind. Every Wednesday in the form of images and words I’m given a myriad of different Universes to momentarily inhabit. Bulging muscles and metaphysical pontifications. Heroics and psychological demons. Every week. What a gift.

This is Variant Covers. Comic book column. The comics I’m snagging on a given week, or stoked upon. What are you reading? I’m interested.

Fear Itself #5.
I’ve never felt such apathy regarding something that Matt Fraction wrote. Fear Itself isn’t awful, but it’s nowhere near enjoyable. It’s a salad bowl of cross-promotion, seeming editorial mandates, and gorgeous, gorgeous artwork by Stuart Immonen. Now I’m not naÃ¯ve enough to think that these sorts of events are ever separated from a heavy guiding hand, but I silently sit in my basement and wonder what a Fraction-driven Event would be like if there weren’t a Captain America and Thor movie to be interwoven throughout the splash pages and wordy dialogue boxes. 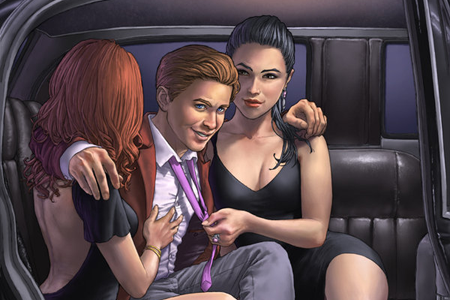 Morning Glories #11.
Yeah son! The comic book nerd equivalent of Glee drops this week. Glee meets LOST meets a desire to string the reader along. Morning Glories has a mystery, and this is a mystery I must know the answer to. There was a time when I felt guilty for indulging in this comic book…and that time is now. What can you do? I also like romantic comedies fluffy kittens.

This month the comic is highlighting the most deplorable of the high school tropes that Spencer is riffing on — the deplorable snotty brat. Ike is in the house! Cut out of the cloth of Gossip Girl (okay so I’ve watched a few episodes), the dude is the kid you love to hate. Look for a Face turn somewhere in the series. It’s inevitable. 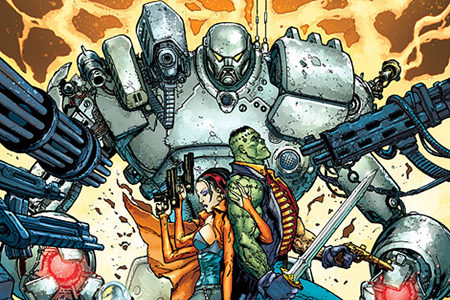 Frankenstein and the Creatures of the Unknown #3.
The most glorious part of Flashpoint, the other blasé comic event of the summer, is the random spin-off titles that have been given life. If you haven’t checked out the Deathstroke mini-series, get thy ass upon it. Same goes for this mini. Written by Jeff Lemire, it’s a light-hearted creature feature. Nothing really more to add to it than that. I will happily pay to have Jeff Lemire spin out a yarn where Frankenstein and his band of Fellow Freaks lay the smack down on fools daft enough to cross them.

Speaking of monsters, Mike Mignola, Christopher Golden, and Ben Stenbeck are bringing back Lord Baltimore for Baltimore: Curse Bells #1. I dug on Plague Ships last year, and I’m more than willing to take a romp through their alternate history. Where World War I was besieged by literal monsters, not enterprising bastards using flesh shields as political maneuvers. 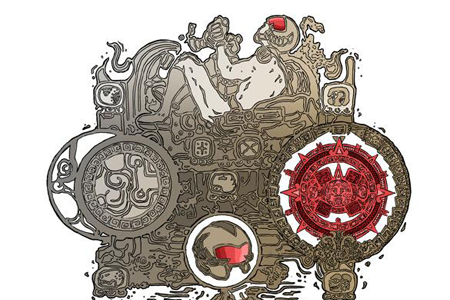 Red Wing #2.
Jonathan Hickman and Nick Pitarra combined to collectively blow out my asshole with their first issue of this nascent series. For reasons not yet conveyed to the reader, mankind is waging a war across the eons in time-traveling…timeships? The comic is replete with Hickman’s usual metaphysical investigations. It’s hard to miss when two pages were dedidcated to the phrase, “There is no paradox. Time is not linear.”

For philosophy science-fiction dorks like myself, it was a greasy finger milking my nerd g-spot.

I’d also be remiss in not mentioning the stunning artwork from Pitarra. There’s a sequence where a fallen timeship warrior is deconstructed across time, and the fracturing of his temporal existence is rendered in absurd beauty. It was the sort of unique panel construction that makes Hickman’s other artist cohort Dustin Weaver gorgeous.

If you like philosophy, science-fiction, gorgeous artwork, the Future, or any combination of thee, you need to read this comic book. 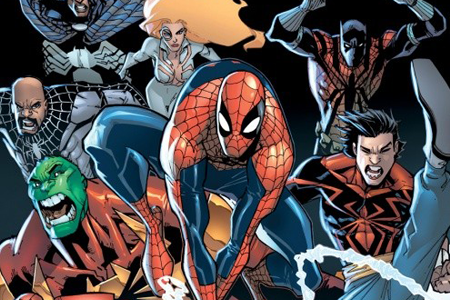 Amazing Spider-Man #667.
This week Marvel’s Spider-Island story is kicking off, and dammit I’m vaguely interested. There’s a whole city filled with Spider-Men. Or something. Everyone has his powers, and all of a sudden the Outsider becomes the Everyman! Remidns me a lot of the Superman story from last year when Krypton was hanging out in our Solar System.

Dan Slott is a great writer who I haven’t really followed. Perchance this is when I start! What the fuck is $4 if it hooks me into something dope. Non? Anyone who has been writing Spidey care to recommend the title one way or the other to me? 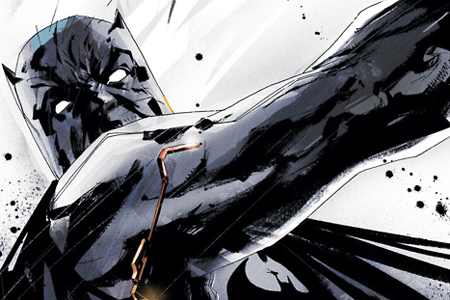 Other Awesomeness:
Snyder and Jock’s final issue of Detective Comics drops this week. I stopped reading the title out of a general disappointment that it was all going to be rebooted away in September. What I read of their run was fantastic. Speaking of Snyder, do yourself a favor and grab last week’s Severed #1. Excellent. There’s also Unwritten #28 hitting the stands this week. Someday, someday I’ll get to you. Criminal: Last Of The Innocent #3 is coming out this week, and I’m loving this current iteration of Brubaker and Phillips’ baby. The current story is an Archie Comics meets the death of everyone’s halcyon days.   Brubaker examines the decay of childhood innocence, and what comes from that. Namely the main character plotting the murder of his wife.

What are you guys reading?