NASA Perseverance Rover has landed safely on Mars. Here are the first images from the planet! 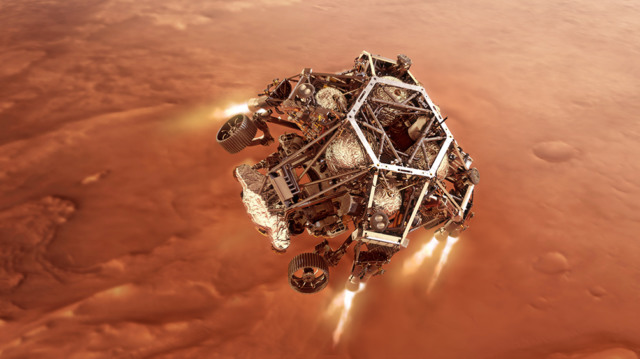 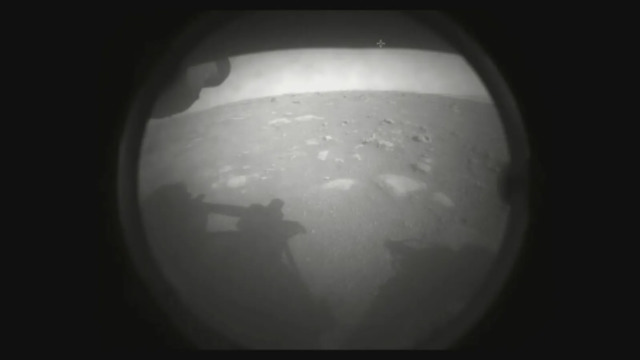 All six wheels of NASA’s Perseverance are firmly and safely on the Martian surface, following a successful landing of the rover in Jezero crater today.

Humanity’s presence on the Red Planet has just taken a significant step forward.

At 3:55 p.m. ET (12:55 p.m. PT) today, NASA’s Perseverance rover landed in Jezero crater, the site of a former lake and river delta. Perseverance is “alive on the surface of Mars,” declared a NASA spokesperson seconds after confirmation of the landing. The 2,260-pound rover will now spend the next two years in search of evidence that Mars once harbored microscopic life.

Perseverance, also known as “Percy,” is now the fifth rover to reach the Martian surface, the others being Sojourner, Spirit, Opportunity, and Curiosity, the latter of which is still in operation today (another probe, the stationary InSight Lander, is also studying the planet). The rover is one of three missions to arrive at the Red Planet this month, the result of a fortuitous launch window that opened up last summer. Arriving ahead of Perseverance was the UAE’s Hope probe, which will monitor the Martian atmosphere from orbit, and China’s Tianwen-1 mission, which includes an orbiter and lander. 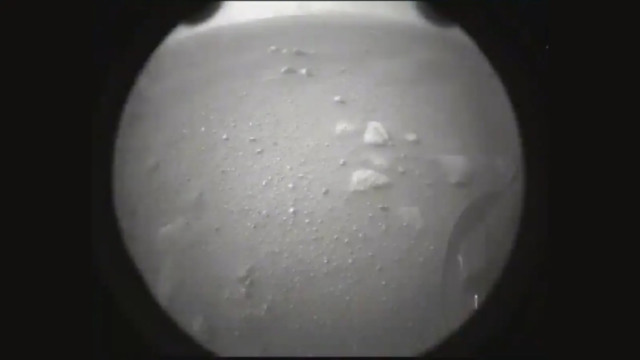 That a safe landing would happen today was never guaranteed, with NASA saying it would be the most challenging yet. All stages of the descent and landing appeared to go well, though the tension was evident in the voices of mission controllers during the live NASA broadcast. The rover had to endure atmospheric entry during which speeds reached 12,100 mph (19,500 km/h), and it relied on new navigational systems to help it reach a safe spot in an otherwise hazardous area.

The first photos sent back by the probe show a relatively smooth and dusty surface, with a few small rocks in the rover’s immediate vicinity.

The plutonium-powered rover will take it easy over the next few days and weeks as NASA evaluates the condition of the $2.7 billion machine and its companion, a small helicopter named Ingenuity. A photography session will be among the rover’s first tasks, as mission specialists will want to take a look at the area both in front and behind the rover. Incredibly, the rover is equipped with 23 different cameras, which should provide us with unprecedented views of the Red Planet.

Assuming all is well, including a successful recharge of Perseverance’s batteries, the Mars 2020 team will then determine the rover’s exact location and make sure all components and systems are working properly, including its robotic arm. Percy will continue to take photos during this preliminary stage, including a possible selfie. The rover will also be tasked with its first drive during this initial two-week period. The science stage of the mission should begin shortly thereafter, including the inaugural flight of Ingenuity. Various instruments will look for signs that life once existed in the crater.

Perseverance will eventually be tasked with taking samples and depositing them on the surface for a subsequent mission to collect and bring to Earth.