Archives
« NASA Perseverance Rover has landed safely on Mars. Here are the first images from the planet!
Scientists have pulled off real-time communication with lucid dreamers. Reality is wild! » 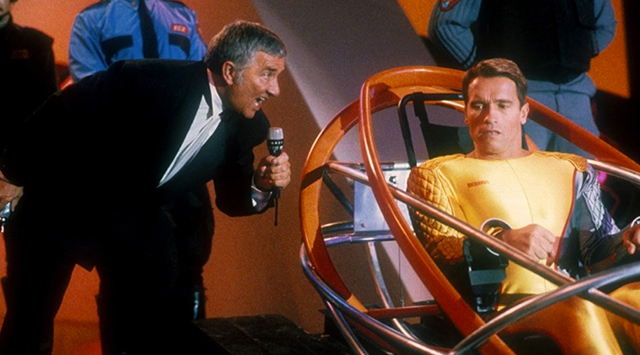 Holy shit, Edgar Wright is directing a new adaptation of The Running Man. Man, ain’t this good news for my ass. Given my love for Stephen King lately, and my adoration for Edgar Wright! Oh hell yes.

Director Edgar Wright is lining up his next project, an adaptation of Stephen King’s dystopian sci-fi novel “The Running Man” for Paramount Pictures. Deadline first reported the news that Wright will be teaming with “Scott Pilgrim vs. the World” screenwriter Michael Bacall on an adaptation that promises to be faithful to the source material, a 1982 book by King originally published under his pseudonym Richard Bachman. Wright and Bacall will write the story together, with Bacall penning the script.

The novel, set in the United States in the year 2025, previously inspired a 1987 sci-fi film, also called “The Running Man,” starring Arnold Schwarzenegger and directed by Paul Michael Glaser. King’s novel is set in a totalitarian, violent, economically depressed world where protagonists participate in a game show called “The Running Man.” Contestants are allowed to go anywhere in the world, but are chased by Hunters assigned to kill them. While published under the name Bachman in ’82, King re-released it under his own name in an omnibus titled “The Bachman Books,” which also included “Rage,” “The Long Walk,” and “Roadwork,” in 1985.

Producer on the “X-Men” films Simon Kinberg will produce along with Audrey Chon through his Genre Films banner, alongside Nira Park from Wright’s own Complete Fiction outfit.

Back in 2017 on Twitter, Edgar Wright told fans if he was going to remake any movie, it would be “The Running Man.” The original 1987 film received mixed reviews, though it has been praised for accurately predicting elements of 21st century life that have indeed come to pass.

Wright is coming off great reviews at the Sundance Film Festival earlier this year for his music documentary “The Sparks Brothers.” The film is centered on Ron and Russell Mael, the duo behind the popular pop and rock band Sparks.

Meanwhile, the world is still waiting on his upcoming thriller “Last Night in Soho,” set in the London fashion scene, and starring Anya Taylor-Joy, Thomasin Harcourt McKenzie, Matt Smith, Diana Rigg, and Terence Stamp. The film was first scheduled by distributor Focus Features for a September 25 release before being pushed to April 23 of this year, and then finally, to October 22, 2021. Co-written by Krysty Wilson-Cairns (an Oscar-nominated screenwriter for “1917”), “Last Night in Soho” centers on a young girl who mysteriously enters the 1960s, where not everything is what it seems.

IndieWire has reached out to Paramount Pictures for comment.