Archives
« David Fincher has signed a four-year exclusive deal with Netflix. Give me fucking ‘Mindhunter’ Season 3, I beg you!
HBO cancels ‘The Outsider’ but it’s shopping for a new home. The fuck, HBO?! The fuck, you people?! »

Space Swoon: The Hubble captures the glory of a cosmic cascade! 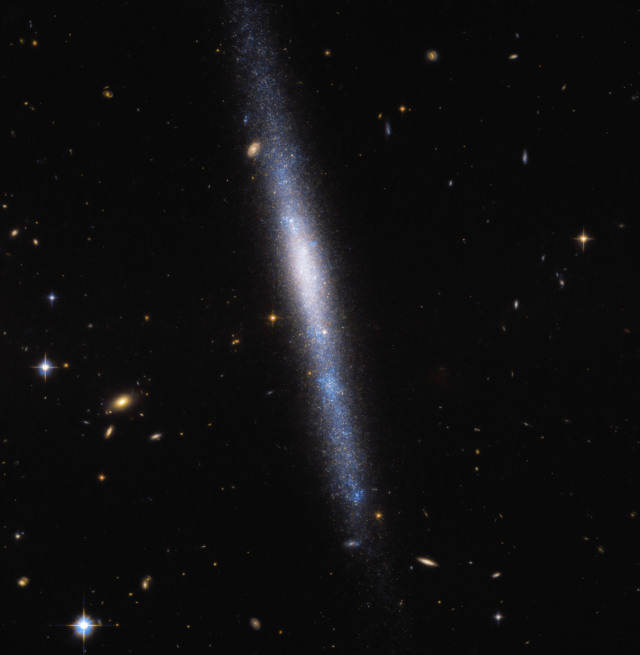 Look at this beautiful waterfall-looking motherfucking galaxy! Bless you once again, NASA. Bless you one again, Hubble. Capturing this cosmic cascade.

The galaxy UGCA 193, seen here by the NASA/ESA Hubble Space Telescope, is a galaxy in the constellation of Sextans (the Sextant). Looking rather like a waterfall, UGCA 193 appears to host many young stars, especially in the lower portion of this view, creating a striking blue haze and the sense that the stars are falling from “above.”

The blue color of UGCA 193 indicates the stars that we see are hot — some more than six times hotter than our Sun. We know that cooler stars appear to our eyes as redder, and hotter stars appear bluer. A star’s surface temperature and color are also linked to its mass, with heavier stars “burning” at higher temperatures, resulting in a blue glow from their surfaces.