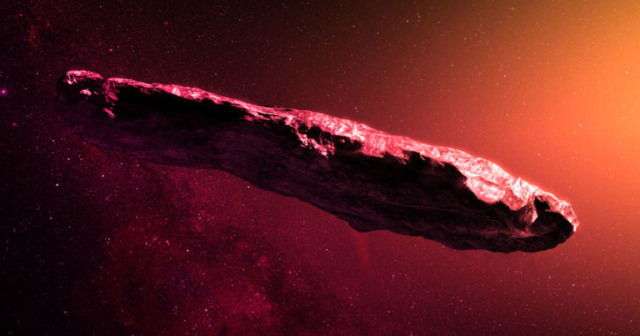 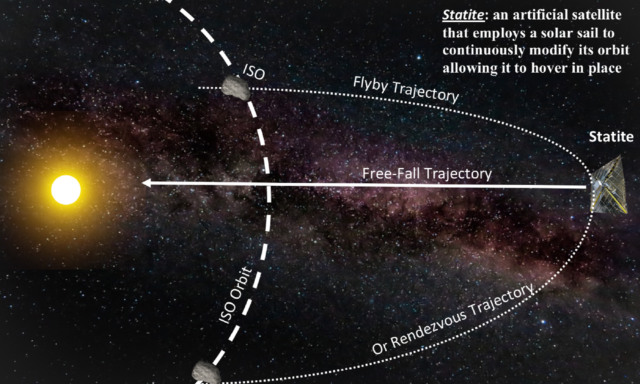 The Grand Challenge of Visiting an Interstellar Object: The study of asteroids and comets has revealed a treasure trove of information about the formation and history of our solar system. In 2017, the first InterStellar Object (ISO) Oumuamua was discovered [1], and recently, in August 2019, a second object was discovered [2]. The existence of these ISOs offers us a great scientific opportunity to develop a detailed understanding of the formation and history of other star systems. In this proposal, a Dynamic Orbital Slingshot concept is proposed for a rapid flyby and rendezvous mission to an ISO (e.g., Interstellar asteroids, comets). Studying ISOs up close will be critical to answering fundamental scientific questions; however, due to their high heliocentric velocities and relatively short lead time, this may be extremely difficult with current satellite propulsion systems. This work proposes the use of a statite [3], an artificial satellite that employs a solar sail to continuously modify its orbit, allowing it to hover in place. The proposed system has the smallest possible orbital period for a given distance. In essence, the solar sail is stationary in the heliocentric frame. Once an ISO is detected, the system can deliver a CubeSat on either a flyby trajectory or on a rendezvous trajectory (with propulsion). The proposed use of statites for fast response to newly detected ISO is at the center of the innovation for the proposed work, and this study will investigate the feasibility of rapid flyby and rendezvous mission