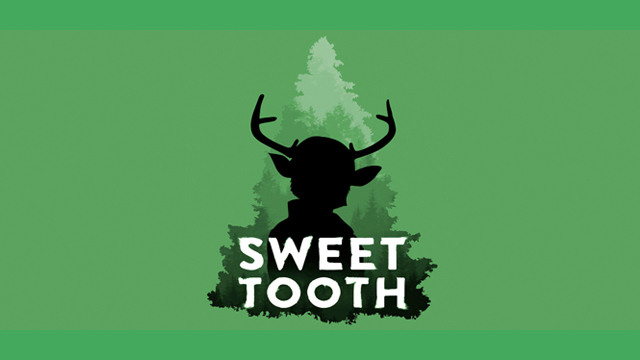 Sweet Tooth was a fantastic comic by Jeff Lemire, what, Jesus Christ, ten years ago?! Now, hopefully it’s going to be a fantastic Netflix series.

Netflix has announced that a Sweet Tooth TV series is in the works, and it will be comprised of eight one-hour episodes. The show, which was once destined for Hulu before finding its home at Netflix, is based on the comic from author/artist Jeff Lemire, who has become one of the most acclaimed and accomplished comic writers working today. For us, one of the most fascinating things about this news is that Lemire’s comic is a pretty dark piece of storytelling – which is a far cry from how Netflix is describing the tone of this adaptation. Here’s how they characterize the show:

Sweet Tooth is the broad appeal, family-friendly, storybook adventure of Gus — part deer, part boy — who leaves his home in the forest to find the outside world ravaged by a cataclysmic event. He joins a ragtag family of humans and animal-children hybrids like himself in search of answers about this new world and the mystery behind his hybrid origins.

Based on their previous work, co-showrunners Jim Mickle and Beth Schwartz seem like they’ll complement each other nicely here. Mickle has a bit of a dark streak, as seen in movies like Cold in July and Stake Land, so he may be able to bring a hint of the edge that is present in the original comic. And Schwartz, who has credits on Hart of Dixie and DC’s Legends of Tomorrow, should be able to provide a bit of levity and heart to the characters, rounding things out into that family-friendly zone Netflix is hoping to hit.