Archives
« ‘Doom Eternal’ has been moved back to March, 2020 and now my fucking winter is ruined
‘John Wick’ is getting spin-off movie about female assassin. Awesome news. The bad news? The director is the fucking Underworld dude. » 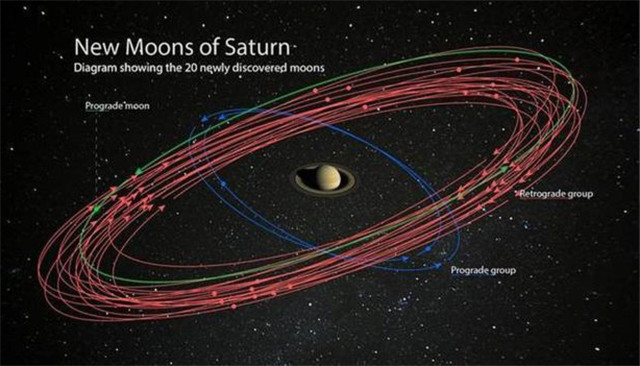 Take that, Jupiter. You big gaseous fuck! You’re n longer the leader in number of satellites. Nope, that belongs to Saturn now who has 20 newly discovered moons!

The solar system has a new winner in the moon department.

Twenty new moons have been found around Saturn, giving the ringed planet a total of 82. That beats Jupiter and its 79 moons.

The discovery was announced on Monday by the International Astronomical Union’s Minor Planet Center.

If it is any consolation to the Jupiter crowd, our solar system’s biggest planet – Jupiter – still has the biggest moon. Jupiter’s Ganymede is almost half the size of Earth.

By contrast, Saturn’s 20 new moons are minuscule, each barely 5km (3 miles) in diameter.

Seventeen of them orbit the planet backwards, or in a retrograde direction, according to the Carnegie Institution for Science’s Scott Sheppard, who led the discovery team.

The new moons were discovered using the Subaru telescope atop Mauna Kea in Hawaii.

Sheppard said 100 even tinier moons may be orbiting Saturn, still waiting to be found.

“Using some of the largest telescopes in the world, we are now completing the inventory of small moons around the giant planets,” said Sheppard.

“They play a crucial role in helping us determine how our Solar System’s planets formed and evolved.”

Social media users can propose names of giants from Norse, Gallic or Inuit mythology, by tweeting their suggestions to @SaturnLunacy.