‘John Wick’ is getting spin-off movie about female assassin. Awesome news. The bad news? The director is the fucking Underworld dude. 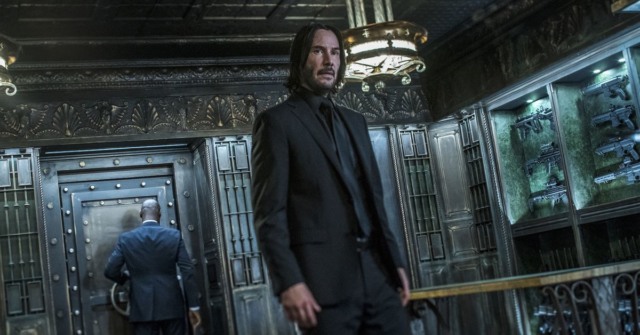 Back in 2017, Lionsgate announced a John Wick spin-off, Ballerina, that will center on a “young assassin who seeks revenge for the murder of her family.” Which, sure. But you know how once you’ve eaten expensive sushi, it’s hard to go back to the stuff you get at the grocery? That’s me with revenge. Dog revenge > family revenge. (Sorry, young assassin’s mom and dad.) Anyway, that was the last we heard of the project until today when Deadline reported that Ballerina has a director, a script, and a Keanu Reeves.

“Lionsgate has set Len Wiseman to direct Ballerina, an action spinoff of the lucrative John Wick franchise,” according to Deadline. “The picture is on a fast track, with a script by Shay Hatten, whose credits include the Zack Snyder-directed Army of the Dead and John Wick: Chapter 3 — Parabellum.” That’s the same Len Wiseman who directed the first two Underworld movies and Live Free or Die Hard; Paul F. Tompkins also does have a great impression of him on Comedy Bang Bang, which is the main reason I’m listing his credits. Keanu Reeves is attached in a producing role, but it’s unclear whether John Wick will appear in the movie. It’s also unknown who the titular role ballerina is.

The character was glimpsed in the last John Wick film… Unity Phelan is in the credits of Parabellum under the character Ballerina, but I am not sure who will be the star of the spin-off. (Via)

My pitch: let the Tick-Tock Man play the ballerina.