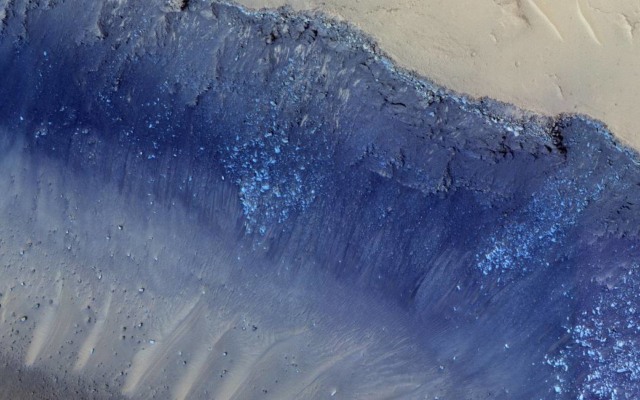 Cerberus Fossae is a steep-sided set of troughs cutting volcanic plains to the east of Elysium Mons. Steep slopes on Mars have active landslides (also called “mass wasting”), and here we see evidence for two types of activity.

First, the light bluish boulders on the slope appear to originate at a layer of bedrock (also light blue) near the top of the section. Second, the dark thin lines are recurring slope lineae, probably also due to mass wasting, but composed of finer-grained materials.

This image was captured by the HiRISE camera on the Mars Reconnaissance Orbiter.