Archives
« Capcom Home Arcade is a plug-and-play arcade stick with sixteen classic Capcom games
Apple is spending a billion dollars on its gaming service. This seems both a colossal amount of money, and reasonable, I guess? » 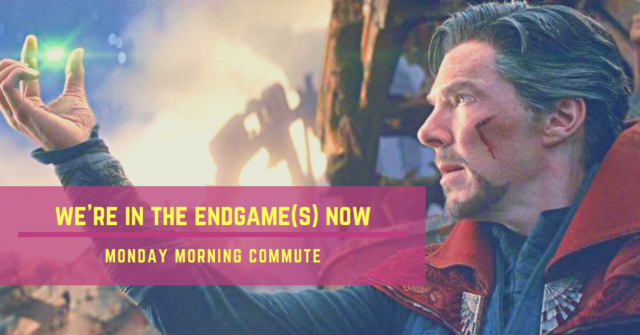 playing: dead cells (we beat it, now we master it!), division 2, and nier: automata.

worrying: my boston bruins have not looked good thus far in the playoffs.

lamenting: the upcoming end of the Current MCU and John Wick.

anticipating: the end of the semester.

That’s about it for me, my friends. Not much going on this week. How about you?