China is launching its own Mars probe next year. Fuck yes, all of us, get to the Red Planet! 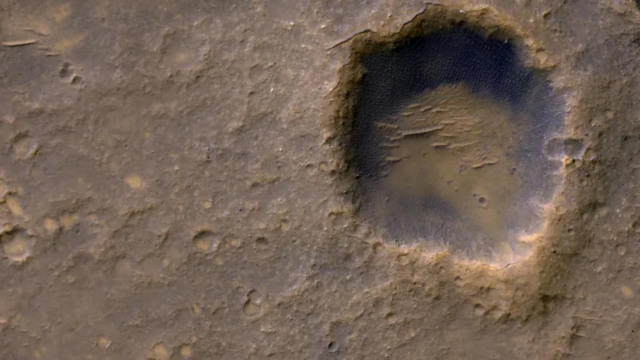 China is launching its own Mars probe next year folks, and I’m torqued. I don’t give a single fuck what nation gets our asses locked into the Red Planet. Rather, I just want us to get there.

After landing the world’s first rover on the far side of the Moon early this year, China already has far more ambitious plans in the works: sending a rover to Mars.

“Over the past 60 years, we’ve made a lot of achievements, but there is still a large distance from the world space powers,” chief designer of China’s lunar exploration program Wu Wiren said ahead of the opening of the Chinese People’s Political Consultative Conference, CNN reports. “Next year, we will launch a Mars probe, which will orbit around the Mars, land on it and probe it.”

China’s space program has rapidly picked up pace. Its Yutu 1 rover landed on the Moon in 2013. A second rover landed on the far side some six years later, and a third rover will follow at the end of this year, with the goal of returning to Earth with at least four pounds of lunar soil and rock samples.

But increasingly, China’s space agency has been focusing its efforts on the Red Planet. This weekend, China opened its first Mars simulation base in Qinghai Province at a location known to have similarities to the Martian surface. The base can house 60 people in its futuristic capsules.
Catching Up

China won’t be the first nation to explore Mars. NASA, for one, has a considerable head start: Its Jet Propulsion Lab has so far sent four remotely operated rovers to the Martian surface to look for signs of life gather scientific data about the distant world.

Both NASA and the European Space Agency each plan to send new rovers to Mars as soon as next year. But China is making a substantial effort to catch up.