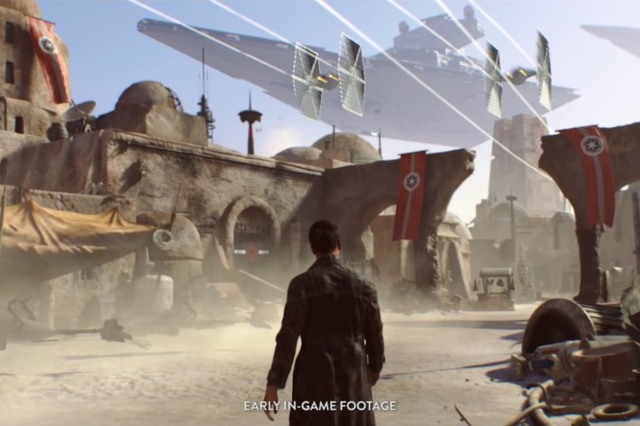 Game developer Amy Hennig told Eurogamer today that she departed Electronic Arts back in January, just a few months after the publisher effectively canceled her team’s Star Wars project to make significant changes to the game.

Hennig, who previously worked at Naughty Dog on the Uncharted franchise, joined EA’s Visceral Games studio in 2014 to work on a Star Wars game. That project was shown only in teaser form at EA’s E3 2016 press conference. In October 2017, EA executive vice president Patrick Söderlund announced that the publisher was shutting down Visceral and “pivoting” the design of its Star Wars game from a linear, story-based adventure “to be a broader experience that allows for more variety and player agency.” In other words, the new Star Wars game, coming from EA Vancouver and EA’s worldwide studios, will be an open-world adventure.

At the Gamelab Conference in Spain, Hennig told Eurogamer she’s now “working independently” and has formed a small studio, and is no longer working on Star Wars. Hennig said that the Star Wars game she had previously worked on was now “on the shelf.”

Polygon reached out to EA, which offered the following statement:

Yes, Amy Hennig has moved on from Electronic Arts. Amy is an amazing storyteller – a crafter and a creator. We have so much respect for her and the creative spirit she brought to the teams and projects she worked on at EA. We wish Amy all the best with what comes next, and we will all be watching with excitement.