Archives
« EA’s ‘Star Wars’ game is now on the shelf after ‘Uncharted’ director Amy Hennig leaves company
Edgar Wright teases that ‘Baby Driver’ sequel could be coming soon. Don’t play with us like that, dude »

The Last Jedi: I was wrong 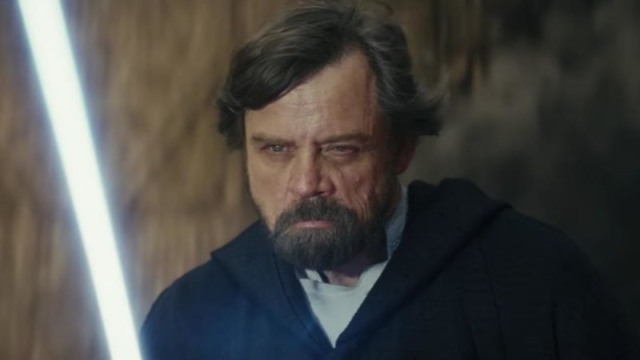 I went to the theater to watch TLJ the day after it came out. I couldn’t wait to see what Rian did with the film. In my mind, I was really hoping for something big. Something new. Let’s make a statement after the relatively safe TFA.

And it was something big. And new. And different. And after my initial gushing, the film soured in my mind. I felt the initial glow begin to dim, similar to what happened to me with TFA.

Maybe I read too much online?

Maybe I let others teeth gnashing get to me?

I couldn’t quite figure it out. I didn’t hate the film by any stretch, but I think I began to like it even less than TFA. TLJ is beautifully shot. Incredible vistas. The camera work just can’t be overstated. But somehow overall the film just just soured a bit for me.

Fast forward to yesterday. TLJ dropped on Netflix a few days ago. My eight year old daughter didn’t want to see it in the theater because it was too long and she might have to piss. (A well thought out excuse) But she was interested in watching it now. She has seen TFA 4 or 5 times with me. She’s seen the originals about as many times.

As we sat down to watch it, I just told myself “Just drop all the pretense and preconceived notions and watch the movie as if I was her. Just let it come through unfiltered.”

I don’t think the movie is perfect. I do think the movie is the movie that needed to be made. I’m watching my eight year old daughter watch Old Luke and I’m thinking to myself “he has to go.” Just like Obi-wan had to. He’s just an old man who has some choice words for Rey on her way to becoming what she’s meant to be. Just like Obi-wan was to Luke. When Yoda torched the old Jedi books, I got it this time. The baggage had to go. This movie was not for me. The me who wore out the original trilogy on VHS to the point the tape became warped. Me who reads wookiepedia too much. Me who wonders deeply about the true nature of the force.

Who gives a fuck?

That scene at the end when slave boi moves the broom, my daughter instantly got it. “Cool, so there are more Jedi?” Exactly. That’s the fucking point. The skywalkers are dead. And that’s ok.

That scene where Snoke gets snapped? That’s the fucking point! This is Rey and Kylo’s story. Not Luke and not Andy Serkis. (Dude is amazing of course)

And that fucking travesty casino planet shit? The shit that I hated? Who cares, it wasn’t for me. That was a cutesy scene for her to laugh at.

The movie finished and I realized, as I have too many times over the course of adulthood – I’m getting older and these things really arne’t for me. Not the me I think. Not the me that has a job and bills and is a parent. They are for the me that is still inside thinking “fucking laser swords are cool” and “space is cool” and “fucking Wookiees are cool”

I definitely liked Infinity War better. I definitely like a lot of marvel movies better than TLJ. However, I have a new appreciation for the film and realized what it was trying to do and I’m glad it did it.