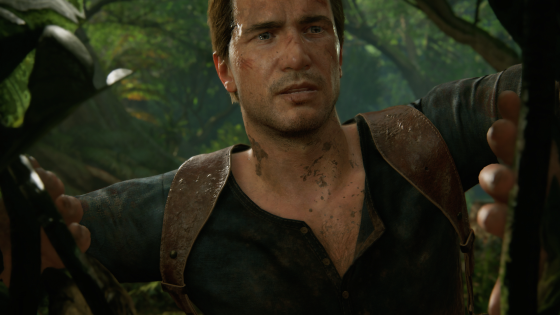 Oh hey Uncharted is still getting a movie adaptation. Its latest writer is Joe Carnahan, who has done a smatter of work, none of which I enjoyed more than The Grey.

Sony is taking another stab at its Uncharted film adaptation with a new writer. Variety reports that Joe Carnahan, whose writing credits include Smokin’ Aces, The A-Team andThe Grey, has been tapped to pen the big screen take on adventurer Nathan Drake.

Carnahan, who also directed the aforementioned action films, is not attached to direct the Uncharted adaptation, however. He’ll be busy helming Bad Boys 3, instead.

Sony and producers Avi and Ari Arad have been developing an Uncharted movie since 2009. The project has gone through a handful of directors, including David O. Russell (The Fighter, Silver Linings Playbook), Neil Burger (Limitless, Divergent) and Seth Gordon(The King of Kong, Horrible Bosses), and writers. National Treasure scribes Marianne and Cormac Wibberley took a shot at writing the movie. And at one point, Seth Rogen and Evan Goldberg say they were approached by Sony to write, but passed because the movie “is just gonna be Indiana Jones.”

Uncharted was originally scheduled to begin filming in early 2015 under Gordon. While the project appears to still be in flux, save for Carnahan’s involvement, Sony has a June 30, 2017 release date on the books for Uncharted.

A movie based on developer Naughty Dog’s other major property, The Last of Us, is also in development at Sony Pictures’ Screen Gems subsidiary.