‘Fast 8’ Photo: The Rock Just Brings A Can of Cell Block Whup Ass 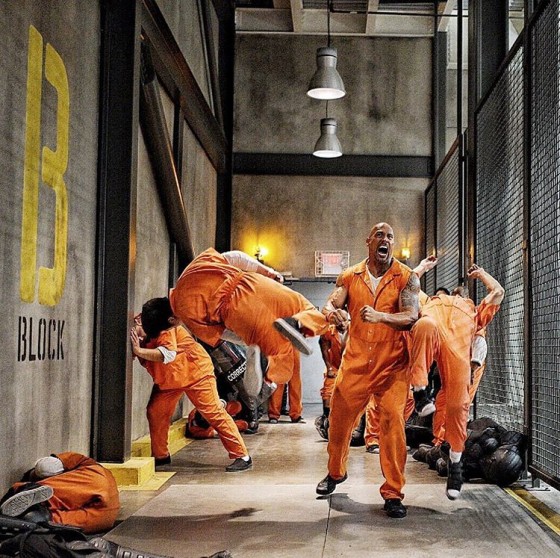 At the rate we’re going, Dwayne Johnson’s Fast 8 promo images are going to get so ridiculous by the time the film races into theaters on April 14, 2017, Hobbs will be breaking out of his arm cast on the moon while fighting armies of alien babes. Let’s start with the latest image (above), which Johnson shared on Sunday. It features his character presumably beating the crap out of his fellow inmates in hilarious fashion. In fact, let’s hope this is just the tip of the jet-powered iceberg, and Hobbs beats everyone up to the point that they’re flying around like circus acrobats.

That hope might actually be an understatement. Here is Johnson, on the set of Fast 8 one week ago, cutting one of his all-time greatest promos in describing the scene with all of the actors and stuntmen playing the inmates and guards. Make sure your volume isn’t all the way up.