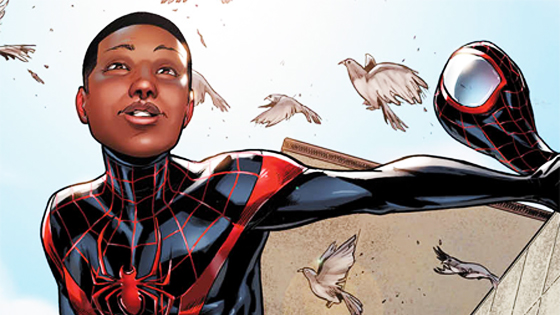 Hey, remember when it was announced that Phil Lord and Chris Miller (The LEGO Movie) would be making an animated Spider-Man movie? It might be even better than we thought.

Sources have told Heroic Hollywood that Miles Morales, the young man who first took up the mantle of Spider-Man in Marvel’s Ultimate Universe, will be the focus of their movie.

When the animated movie was first announced, Sony Pictures’ Tom Rothman made clear that the animated movie would “exist independently of the projects in the live-action Spider-Man universe.” Which, now, kind of sounds like a clue that Peter Parker would not be appearing in animated form.

Anything that further features Miles is a great thing. The character has already appeared in animated form a number of times on Disney XD’s Ultimate Spider-Man, so this wouldn’t be a wholly unknown realm for the character. But finally giving the half-black, half-Puerto Rican a feature film would be great step.