Marvel is giving Han Solo his own comic mini-series 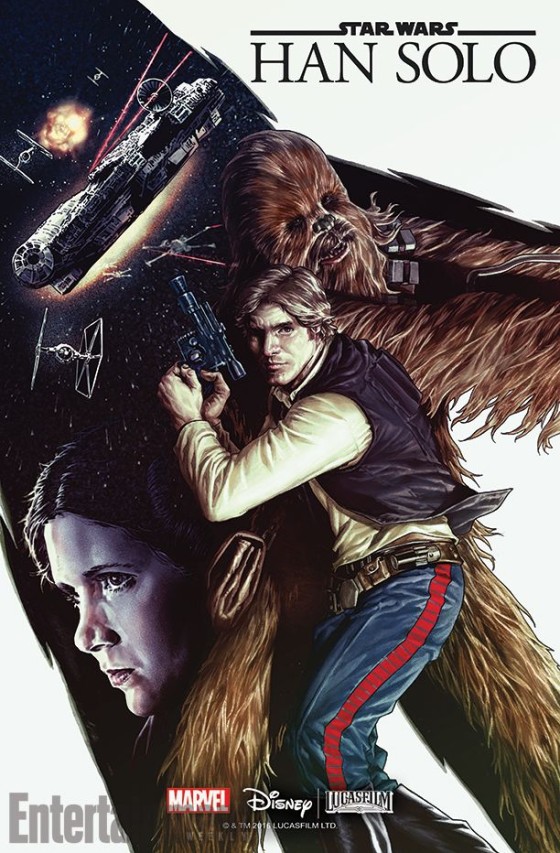 Who the fuck doesn’t want to read a Han Solo mini-series? Like, in the abstract. I’m not asking who is going to buy this mini-series, but rather, who hears this news and is like “Oh, Jesus Christ, no!”? Bastards. That’s who.

Han Solo is the latest Star Wars character to get his own spinoff comic book series.

Marvel announced today it is giving the famous smuggler-turned-reluctant-hero his own limited series in June, according to Entertainment Weekly. The series will be set between the events of the original Star Wars film from 1977 and The Empire Strikes Back.

Penned by Marjorie Liu (Monstress, Astonishing X-Men), the series will follow Solo as he rediscovers who he is and what his personal politics are. Liu told Entertainment Weekly that before getting caught up in the Rebellion struggle, Solo didn’t have to think about the politics affecting the galaxy, but now his views on the world have changed.

Liu gave a little more insight into what readers can expect out of the series, including a massive starship race known as the Dragon Void Run. It’s an event that Solo has wanted to participate in his entire life, but when he finally gets the chance, Leia asks him to go on a mission to see if there are moles hiding within the Rebellion.

Liu said being given free rein with a character like Han Solo is a dream come true, and told the magazine he’s a “total badass” with his own “moral code.” The writer added that she basically wanted to take Solo’s character, throw him into the ’80s movieThe Cannonball Run, and stage that story in space. Released in 1981, The Cannonball Run starred Burt Reynolds and followed a group of eccentric racers on a cross-country road race.

Liu also confirmed that Solo’s best buddy, Chewbacca, would be in the series, and so would the previously mentioned Princess Leia. The series will run for five issues, with the first issue launching in June.

Han Solo is just the latest Star Wars character to get his own comic book. The characters from The Force Awakens — including Poe, Rey and Finn — will also receive spinoff comics later this year.