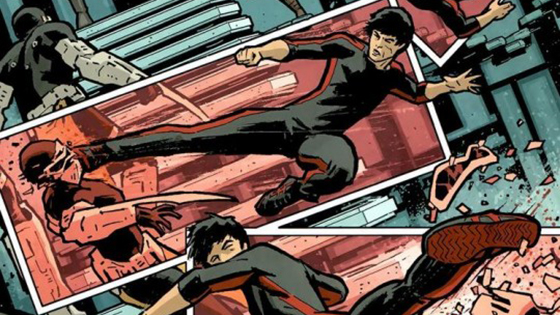 Iron Fist! Luke Cage! Shang-Chi! Iron Fist. The bold term means I’m signalling the show, the bolded term after the names means I’m indicating apparently all these characters will be on the show! Names! Bolded terms.

Long before Game of Thrones star Finn Jones won the role of Marvel’s Netflix Iron Fist, controversy over the character’s race led some fans to suggest introducing Chinese Marvel hero Shang-Chi instead. Now, it appears Shang-Chi will indeed appear in the upcoming Defenders series, for which Marvel will exclusively audition Asian actors.

That Hashtag Show (who were initially responsible for first word of Finn Jones) claims that Marvel’s Netflix Iron First has begun auditioning male actors of Asian descent for the role of Shang-Chi, son of noted villain Fu Manchu, and “Master of Kung-Fu” in his own right. The comic character has worked with both Iron Fist and Luke Cage, as well as serving with the Avengers, and he also featured in the Daredevil comic’s “Shadowland” arc.

Notably, the report also claims Iron Fist production will begin in April, and that Shang-Chi’s reception could spur spinoff talk in time. It would seem a bit early, considering neither Marvel nor Netflix have publicly released a schedule for Luke Cage, Iron Fist, The Defenders, or a second season of Jessica Jones, let alone any spinoffs.

Scott Buck will showrun Iron Fist, while recent reports suggested Jessica Jones writer Scott Reynolds will also have a hand on the creative side.

We’ll stay tuned for more on Iron Fist in the coming weeks and months, but is casting Shang-Chi a step in the right direction?