Archives
« Monday Morning Commute: [[Console Cowboys | Cero Miedo]]
‘I Am Chris Farley’ Trailer: Get the tissues ready for this documentary » 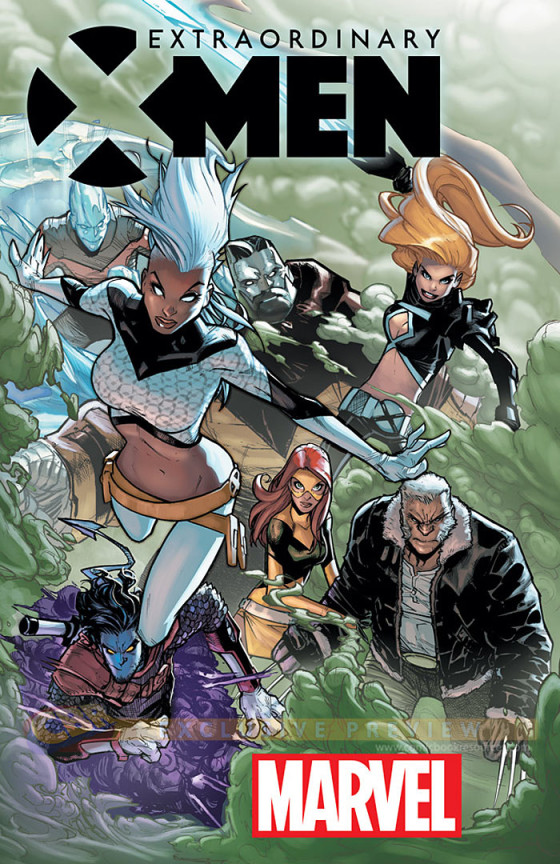 Extraordinary X-Men is going to be Marvel’s flagship X-Title coming out of Secret Wars. The team seems comprimised of a pretty interesting cast of character, and more importantly: Jeff Lemire is penning it.

Announced in a CBR interivew with writer Jeff Lemire,Extraordinary X-Men will feature an eclectic team of mutants dealing with the fallout of an unspecified incident between mutants and Inhumans in the eight months between Secret Wars and the beginning “All-New All-Different Marvel.”

“I will say that in the missing eight months since Secret Warssomething has occurred between mutantkind and the Inhumans,” Lemire explained. “A major event has occurred which has reshaped the position of both Inhumans and mutants in the Marvel Universe and repositioned them in a different way that maybe fans aren’t used to. And that’s where our story picks up and that’s the story we’re telling.”

“I don’t want to get into specifics of how I’m going to deal with it because I don’t want to spoil my own story, but you’ve alluded to the fact that Logan’s coming from a future where he killed all these people,” said the writer. “. He’s seen them all die once already and his mindset — at least at the beginning of my story — is very much that he’s seen them all die once at his hands and he’s not going to live through that again. He’s very much resistant to joining the group or being any part of it, putting himself anywhere near them out of fear of what could happen. That’s where we’ll start with Logan.”

Lemire was mum on whether the Jean Grey School (or any mutant school) would play a role in the story, pointing Brian Bendis’s Uncanny X-Men #600, which was delayed until after Secret Wars, as establishing the new status quo for mutants.