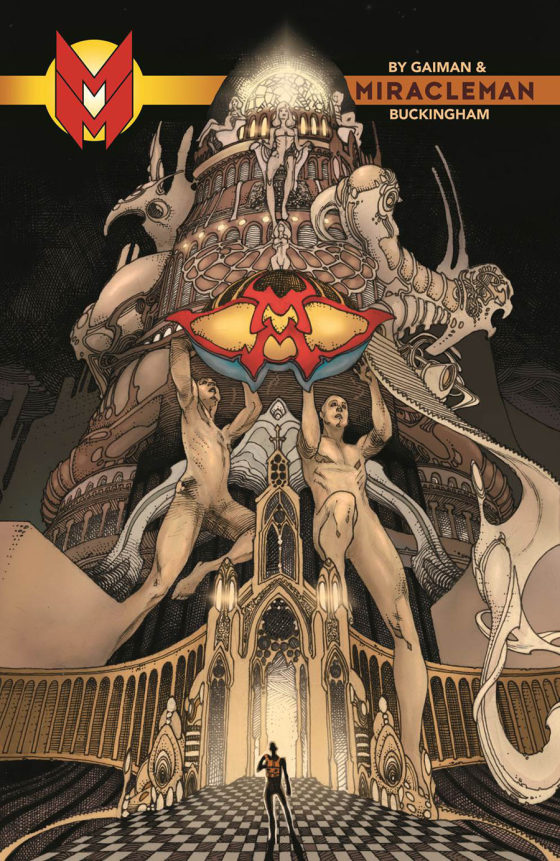 The first issue of Miracleman by Gaiman & Buckingham (is that seriously the fucking name) will drop in September. The release will be the realization of that miraculous (HAHAHA) announcement back in September 2013 that the famed franchise would see its Gaiman-run completed.

When Marvel announced in October 2013 its official plans to bring the celebrated but long-commercially unavailable ’80s and ’90s “Miracleman” comics back into print, it came with the promise that writer Neil Gaiman and artist Mark Buckingham’s run would finally be completed, picking up where it left off in 1993.

Saturday afternoon at C2E2 in Chicago, Marvel is poised to provide a “Miracleman” update during its “Next Big Thing” panel. “Miracleman by Gaiman & Buckingham” #1 is scheduled for release in September 2015, the first of the publisher’s reprints of the creators’ acclaimed run on the UK superhero, which started with “Miracleman” #17. The series ended prematurely with “Miracleman” #24, indicating that if the reprints ship at a monthly pace, the new material may be seen as early as late spring or early summer 2016.

Eclipse Comics, the US publisher of “Miracleman,” went out of business following the release of issue #24, and years of legal complications prevented Gaiman and Buckingham from finishing their story.

Marvel’s reprints of the Alan Moore-written “Miracleman” run started in January 2014, with new coloring, lettering and a few edits to content. Moore has had his name removed from the reprints, with the issues credited to “The Original Writer.” Marvel first announced acquiring Miracleman — originally known as Marvelman — in 2009.

Issue #1 will feature variant covers by Simone Bianchi (seen above) and a “jam” variant illustrated by Garry Leach, Alan Davis, John Totleben and Rick Veitch, who all worked with Moore during his run on “Miracleman.”