Archives
« Woah: Hideo Kojima leaving Konami after ‘Metal Gear Solid 5’
Oni Press opening up electronic submissions in May. This is the best. » 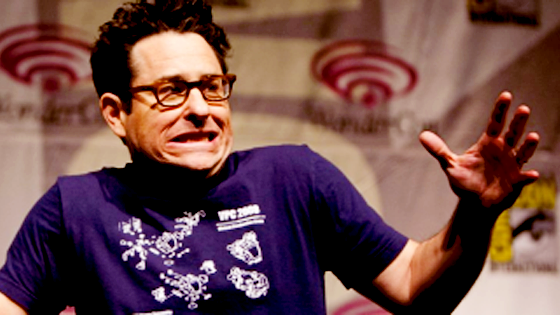 I always sort of thought J.J. Abrams was going to direct the entire new Star Wars trilogy. But with the turnover from The Force Awakens to Episode VIII being so short, it made sense that someone else would direct the middle bitty. When they named Rian Johnson, that beautiful, talented fucker, as the man in charge I rejoiced. I could handle him ostensibly handling the next two flicks. But maybe! Just maybe! Abrams is returning for the conclusion to this new installment of the Skywalker Saga?

Latino Review reports Abrams has emerged as the frontrunner to direct Episode IX, after Disney brass saw and loved the footage he’s put together so far for Star Wars: The Force Awakens. (Abrams is also credited as an executive producer onEpisode VIII, though we don’t know exactly how involved he’ll be.)

Whether Abrams wants to return is a different question. For what it’s worth, the site believes “there’s a good chance” he will be back. Abrams has been very vocal about his passion for the property, and Episode IX could be a pretty sweet gig if Episode VII goes well. Having that gap between installments could be helpful, too, since it’ll allow him to take his time and maybe go on break or pursue other work in between.

On the other hand, there have been reports of disagreements between Abrams and the studio, with Abrams losing battles to open Episode VII in 2016 and hold the first trailer until later. Abrams was already in high demand beforeEpisode VII, and he’ll have plenty of other options if and when he decides to walk away from the franchise.

Moreover, even if Abrams is the top pick right now, there’s still time for Disney to change their minds. Episode IX isn’t due out until 2019. Plus, there’s the fact that Episode VIII writer/director Rian Johnson is also writing the treatment forEpisode IX. It wouldn’t be that much of a stretch for Disney to offer him the directing job on it, too.