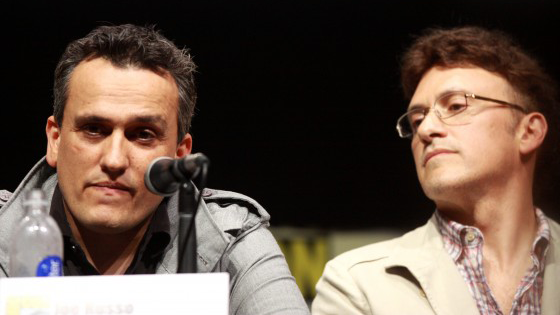 Last night the RDJ+CP3=MCU’sCW news broke. And while I dug it, I agreed with most who were all “Wait, Civil War, already?” But what I was hoping (OH HOPES OF HOPE) was that Cap 3 was merely the jumping-off point for Cinematic Civil War. The kick-off, the impetus, the boiling point. And if the rumors of the Russo Brothers maybe/sorta directing the next two Avengers movies are true, it would help perpetuate my hope. Sanctify it. In blood and comic book flesh and the mewling whimper of a decaying star’s doomed infancy.

The massive news that Robert Downey Jr. will play Tony Stark in Captain America 3answered a bunch of burning questions about the Marvel Cinematic Universe. It gave us our overall storyline for Phase 3: Civil War. It tells us when Marvel will bring Iron Man back again: not Iron Man 4, but in Cap 3. And it tells us the directors of Captain America 3, Joe and Anthony Russo, are very well liked and trusted at Marvel Studios.

Which is why, along with the Downey Jr. news, rumors began to swirl that the Russo Brothers are in line to direct Avengers 3 and maybe even Avengers 4 if Joss Whedon decides not to return. Below, read more about the Avengers 3 director news and how Phase 3 and 4 of the Marvel Cinematic Universe are shaping up,

Badass Digest posted the rumor in their coverage of the Downey Jr. news. Here’s the excerpt:

How closely will Captain America 3 tie in with Avengers 3? I’ve been told that the Russo Brothers are in talks to direct Avengers 3 and possibly 4. Sources tell me that they’re the favorites of Marvel right now and that they are the guys Kevin Feige want to pick up the mantle from Joss Whedon.

This is assuming, of course, that Whedon doesn’t want to come back. Everything I’ve heard is that Ultron has been a huge grind on him so I think he’s probably done for a while. And the Russos are super hungry after Captain America: The Winter Soldier. If Captain America 3 is the bridge to Avengers 3, it makes a lot of sense for them to helm.

So basically it looks like this. Avengers Age of Ultron screws everyone up big time. Tony Stark invents a being, Ultron, that almost destroys the world. The Avengers win, of course, but Stark doesn’t want to be a superhero anymore. This sets up Captain America 3 where the two battle it out in Civil War. This won’t be a literal adaptation of the comic book story, but something similar. Divergent viewpoints going head to head over the meaning of superheroism.

What do you think about this sheezy? Are you down with the Russo brothers directing a coupla’ Avenging flicks? After the Wintered Soldier-Guy, I certainly am.