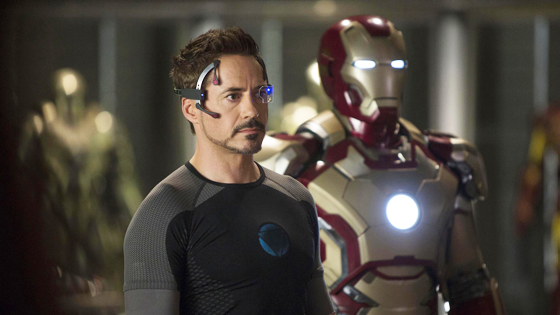 Robert Downey Jr. is going to be in Captain America 3. And if the tea leaves are to be believed the movie is going kick-off the MCU version of Marvel’s Civil War. Well! Looks like I was TOTALLY FUCKING RIGHT about Marvel’s Civil War push next year being about tying into an MCU version of the event. Truthfully, nothing’s been proven definitively. But my dick is small and my mind is shot and I need victories in my life.

Robert Downey Jr. is on the verge of signing on to “Captain America 3,” a move that would bring the Civil War storyline from Marvel’s comicbooks to the bigscreen and trigger the start of a new phase of movies from Marvel Studios.

The actor is in final negotiations to play billionaire Tony Stark in the third installment, which is slated to begin production in the Spring for a May 6, 2016, release. Downey is already set to suit up asIron Man for next year’s “The Avengers: Age of Ultron” and “The Avengers 3.”

The deal is significant for the Marvel cinematic universe considering the plot will pit Stark against Captain America’s alter-ego Steve Rogers, played by Chris Evans, as they feud over the Superhero Registration Act, which forces anyone with superhuman abilities to reveal their identities to the U.S. government and agree to act as a police force for the authorities.

Stark supports the program, but Rogers does not, saying it threatens civil liberties, causing sides to be taken and Rogers, among others, to go on the run to avoid arrest. The moral question and battle with his Avengers teammate essentially makes Stark a villain of sorts in “Captain America 3,” providing Downey with a meaty role he could play out into future Marvel films, including a fourth “Avengers.”

Marvel on Monday announced plans to reboot the Civil War comicbook miniseries in 2015, which will help introduce the story to new readers leading up to “Captain America 3.” The first crossover of Marvel’s biggest characters, including Spider-Man, was published in 2006.

Pretty fucking wild news, yo. What do you think?