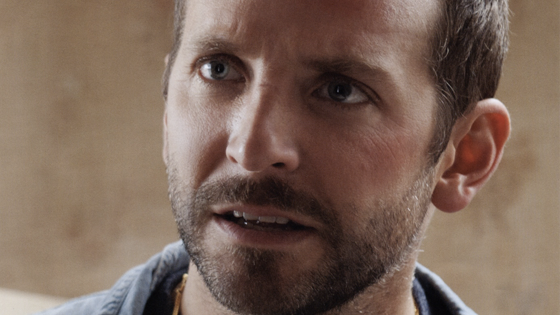 Uhhh. So like, how about this one? Bradley Cooper? Indiana Jones? That’s the word out of Latino Review’s corner of the rotting carcass that is the Pop Culture Interwebs. And friends, they get a lot of things right when it comes to rumors. But fuck yo, I don’t know how I feel about this. Whatever. I’m just going to nod to myself and repeat the phrase “It can’t be worse than Crystal Skull” until I attain Nirvana. Or go back to playing Second Son. One of those two.

The last word we heard on “Indiana Jones 5” wasn’t so good, at least for those hoping Disney would crack the whip on a sequel sooner rather than later. In December, studio chairman Alan Horn said quite plainly, “We haven’t done anything. We don’t have  a story. We need a story.” But if these latest rumors are right, between then and now, something has changed.

According to Latino Review, time is running through the hourglass in terms of getting the 71 year-old Harrison Fordto reprise his role one more time in another Indy adventure. And given that he’s widely expected to have some kind of role in “Star Wars: Episode VII,” it’ll probably make things even more challenging to get him to take a prominent, ass-kicking role in “Indiana Jones 5” without herniating a disc (or his entire body) further down the line. (And it’s a role that the usually fussy and cantankerous Ford has said he’ll gladly do again). So, how do you keep a lucrative property alive? Reboot.

And according this new rumor, Bradley Cooper is on a studio list somewhere (with other names too) as a potential dude to take the whip and make the part his own, if the timing for Ford can’t be arranged. Of course, as Alan Horn said, Disney might not even have a story at this point, though Frank Darabont has apparently pitched an idea. At any rate, it seems any talk of an Indiana Jones movie is still super early. However, it is a very valuable brand and one Disney won’t be sitting on idly for too long, so it’s not a shock that plans are formulating at the mouse house. [Play List]