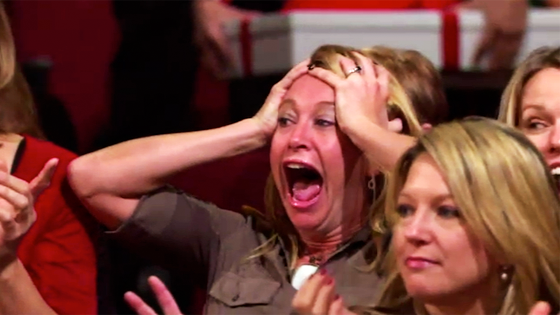 Dying to play classic games likeViewtiful Joe or Tekken 3 on your PS4? Well, you might just be in luck. A recent rumor has indicated that Sony is working on PS1 and PS2 backwards compatibility for the PS4 — sidestepping the need for game streaming completely. Even better, a number of “select titles” are supposedly running natively at 1080p.

Ahsan Rasheed, a noted insider in the gaming industry, made a number of tweets today claiming that Sony plans to support PS1 and PS2 titles on its latest console. While it’s no surprise that Sony is working on bringing its back catalog to the PS4, it was largely assumed that the PlayStation Now game streaming service would fill that role. Instead, we might have access to the entirety of the PS1 and PS2 library running on the PS4′s hardware itself. It’s easy to imagine Sony selling emulated classic titles on PSN, but this could also mean that PS1 and PS2 game discs could be played seamlessly. 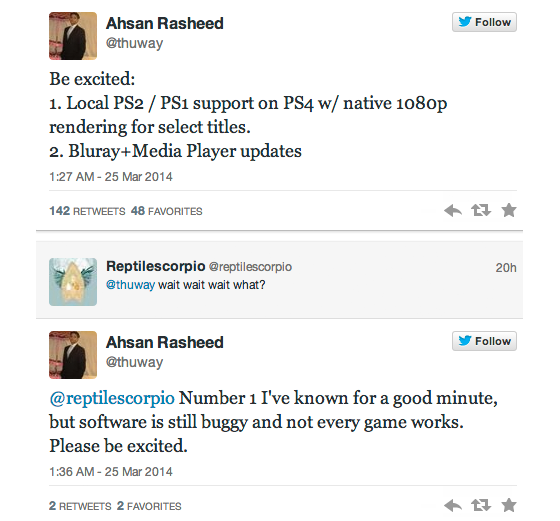 More importantly, Rasheed claims that some titles will even be capable of rendering natively at 1080p. While the details like textures and shaders would likely be left untouched, the game itself could be made to run at resolutions never possible with the original hardware. For example, the Dolphin emulator can take the classic 480p GameCube version of The Legend of Zelda: The Wind Waker, and make it render beautifully at 1080p. If Sony is working that same kind of engineering magic on its emulator for the PS4, we can expect classic games to look better than they’ve ever looked before.

Last generation, we saw a mountain of HD remakes of PS2 games. Titles like God of Warand Shadow of the Colossus were ported to the PS3, and given a complete graphical makeover. This rumored 1080p emulation won’t magically make low-res PS2 textures crisp and clear, but it’s much easier than hiring a porting company to completely redo all of the assets. Even long-forgotten PS2 budget titles could benefit heavily from a higher native resolution, anti-aliasing, and an anisotropic filter. No company in its right mind would fund an HD remake of Mister Mosquito, but a properly implemented emulator could make even a strange title like that beautiful on the PS4. [Extreme Tech]