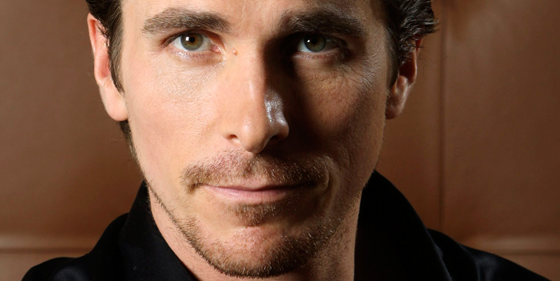 Remember that Steve Jobs flick that Aaron Sorkin was writing the script for? Don’t worry. I completely forgot about it too. You know, the sheer awesomeness that was Ashton Ketchup’s movie about Jobs vaporizing even the idea that there could be another movie about the same topic. But low and fucking behold! The Sorkin joint still exists. Fincher is directing. And get this! Christian Bale may play Jobs.

We’ve heard little about the Steve Jobs biopic that Aaron Sorkin is writing, but now we’re starting to get a better picture of that the film might look like. A few weeks after word spread that David Fincher was in talks to direct the project, The Wrap is reporting that Oscar-winning actor Christian Bale (The Dark Knight trilogy, American Hustle) is Fincher’s first and only choice to portray that Apple CEO. Indeed, Bale’s involvement appears to be a critical factor in Fincher officially taking on the project — it sounds like he’ll only direct the upcoming film if Bale agrees to take the lead role.

Of course, we’re a ways off from this being a done deal — Bale reportedly has not been approached about the role yet, as he’s currently taking a break from acting to spend time with his family. The film, based on Walter Isaacson’s Steve Jobs biography, is slated to start production in early 2015 — which means we’re still a ways off from seeing this film hit the screen. However, if this Steve Jobs film can get its director and star on board, it’ll stand a good chance at recreating the success Sorkin and Fincher found making 2010’s Facebook drama The Social Network. [The Verge]