Archives
« Dude accused of using A DRONE to sneak drugs INTO PRISON. Future++
‘GAME OF THRONES’ SEASON 4 Trailer; Plus! How Long The Show Will Run »

Kojima on how SOLID SNAKE got his name. Yeahokaykojima. 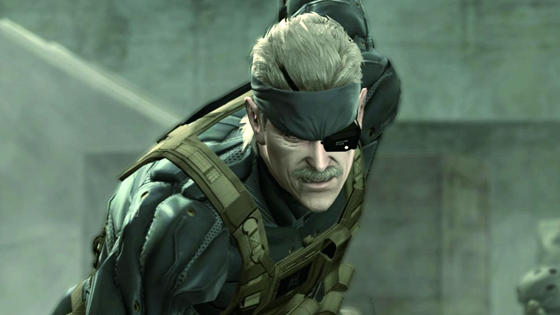 Hideo Kojima is many things. Fan of eye-rolling, bloated philosophical cut scenes. Master of the Metal Gear kingdom. Perpetual tease. But now! Now I say dare friends, he is a liar.

In a series of Twitter comments, Metal Gear series creator Hideo Kojima offered up answers to the mystery of why franchise protagonist Solid Snake is called Solid Snake —and apparently it isn’t a reference to Escape from New York‘s S.D. Bob “Snake” Plissken.

The use of the name “Snake” was “the most appropriate symbol of living thing that hides his presence and sneaks without any noise,” wrote Kojima.

“The reason why I didn’t use any specific snake names like cobra, anaconda or viper was because the protagonist is the player. The reason I use Solid was to give opposite impression of soft image,” he continued.

“Like for of all endings of the any series, the appearance of strongest enemy was a must in Metal Gear Solid. It’s the Snake who can surpass the Snake. Thus I brought about a ‘clone.’ The struggle between SOLID and LIQUID. That was Metal Gear Solid. [Polygon]

Really? So like — why did you give a tip of the cap to Plissken in Metal Gear Solid 2: Patriot People Tanker Scene No Snake Snake? Coincidence? After the fact head nod?I’m calling bullshit! I am.