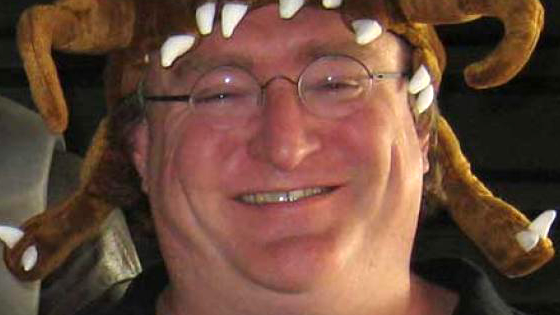 Man! Fuck that earlier post. Yeah, I’m a slow ass motherfucker these days. So, Valve has revealed the Steam Box. The Steam Machine. The Steam Boxing Machine. You in, bro? Brodette?

World, meet Valve’s Godzilla-sized shoe numero two: the Steam Box — or Steam Machines, plural, if you want to get technical about it.

The machines are depicted as flares erupting from the surface of Valve’s purple-tinged solar negative (now looking like the de-pupiled Eye of Sauron). Alas, not systems with detailed specifications, physical dimensions, CPU and GPU types, memory and storage and so forth.

Nope, just the promise of guidelines for systems due in 2014 alongside an enigmatic Valve-branded prototype to ship in beta to an extremely select audience yet this year. Guesses, including mine, that the brackets around the “O” signifying SteamOS were in fact a geometrically literal “box” (as in Steam Box) seem to have been right.

“Well heck, why not do both?” Valve seems to be saying, giving third-party hardware vendors a shot at making and marketing their own systems, while Valve brands and sells its own vintage.