Archives
« Cosplay: BATWOMAN swoops down into something such.
XBOX ONE no longer requires KINECT to be plugged in. STILL GOTTA F**KING BUY IT. » 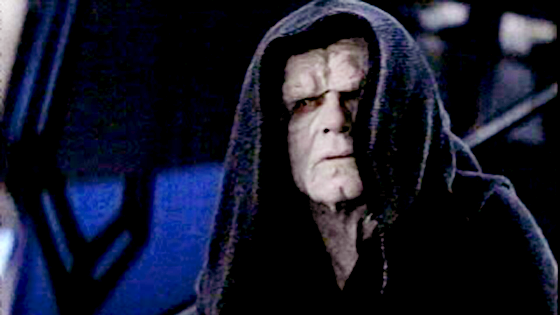 One of my gravest fears regarding Episode VII is that it will traffic in nostalgic and throwbacks. It won’t carve out its own niche in a flourishing Universe, but rather go full Abrams and regurgitate tired tropes and been-done characters. This latest rumor only heightens that fear.

Ian McDiarmid is one of many previous Star Wars actors who’ve expressed an interest in returning for the new film, and it sounds like he could just get his wish. Jedi News has heard that McDiarmid is expected to appear in Episode VII, likely as Emperor Palpatine. The character died at the end of Episode VI, as Star Wars fans well know, but the outlet suggests that he could return as a clone.

Interestingly, this seems to fit with an earlier rumor that the villain of Episode VII would be a follower of Palpatine’s. But whether this new (and as yet unconfirmed) tidbit actually bolsters that theory, or whether this is just a case of even a broken clock being right twice a day, we don’t know. [via JoBlo]