Archives
« WATCH: C-3PO RAPPING in this 1986 ad for STAR TOURS
DOPE AS SHIT: IMAGE selling its DIGITAL COMICS WITH NO DRM. » 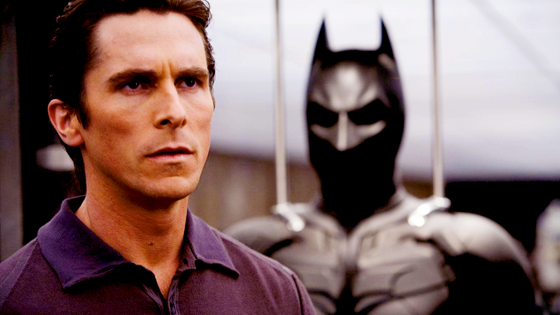 Can you believe this shit? I mean — I’m shocked. Christian Bale says he isn’t playing Batman in the Justice League flick. But, I mean…the press surrounding TDKR where Nolan and Bale both repeatedly confirmed they were done with Batman…sort of left me thinking they may (totally not be) back.

In a new interview, the Dark Knight star revealed that not only is he most definitely not inJustice League, he hasn’t even been contacted about Justice League. Like the rest of us, he’s just sitting back and waiting to see what the next guy will do with the character. Hit the jump to read his comments.

Rumors that Bale could reprise his role for Justice League have cropped up periodically over the past couple of years, but there’s been more reason to believe that he wouldn’t. Although Bale has admitted that he might be open to doing another Batman film if Christopher Nolan wanted to, the director’s never seriously seemed interested. Plus, screenwriter David S. Goyer and director Zack Snyder have both mentioned that Justice League‘s Batman would be a rebooted one.

But in case there were any lingering hopes, Bale has now firmly put the Justice League rumors could rest. “I have no information, no knowledge about anything. I’ve literally not had a conversation with a living soul. I understand that they may be making a Justice League movie, that’s it,” he told EW.