PETER DINKLAGE channels RON JEREMY for a ’70s mustache on ‘DAYS OF FUTURE PAST’ set. 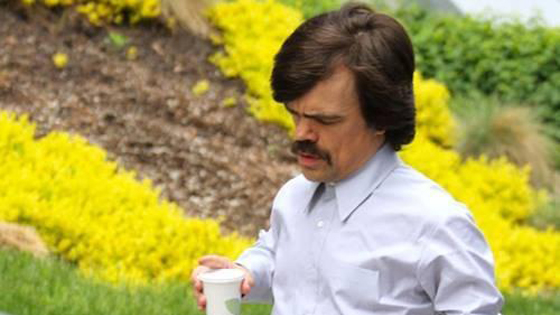 The thing about Days of Future Past is that the production features roughly three-thousand actors. It’s massive like wut, like wut. So forgive me if I have forgotten that The King of Tits and Wine will be up in this movie as well. We have gotten a look at the aforementioned King, and he is rocking quite the impressive mustache. Sleazy, bitty-boning mustache.

We’re still not certain just who Peter Dinklage is playing in X-Men: Days of Future Past, but this photo of Dinklage on set gives some clues to the era.

The Superficial spotted this image of Dinklage on-set in Montreal. Assuming the Crocs aren’t part of the actual costume, the Ron Burgundy look suggests that we’ll be seeing Dinklage in the 1970s, rather than in the future, at least for part of the movie. And the mustache lines up with the popular theory that Dinklage will be playing Bolivar Trask, creator of the Sentinels.

[The Superficial via Comic Book Movie]

Edit: A lot of folks are suggesting the small statured Puck, and the mustache makes a good case. I’m not sure this counts as a denial (for whatever denials are worth to begin with), but here’s a bit from IGN in which they spoke to Singer:

When we mentioned that it now seemed unlikely that Dinklage would indeed be playing the Alpha Flight hero [Puck] Singer replied simply, “yeah.” 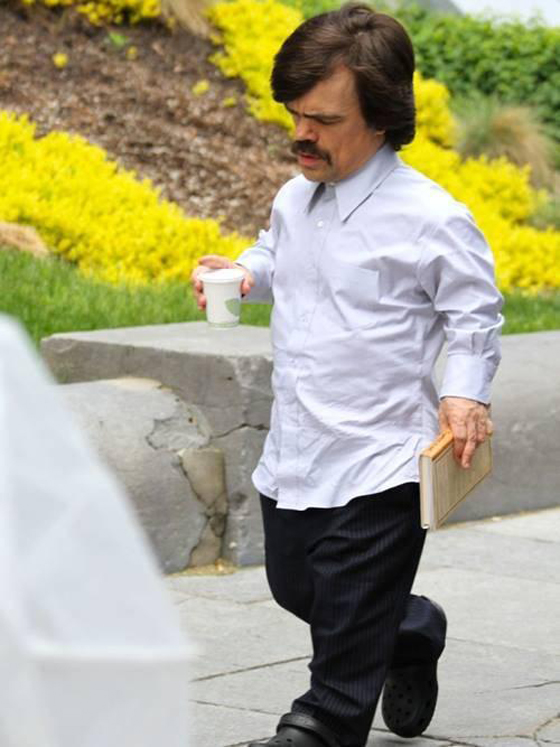 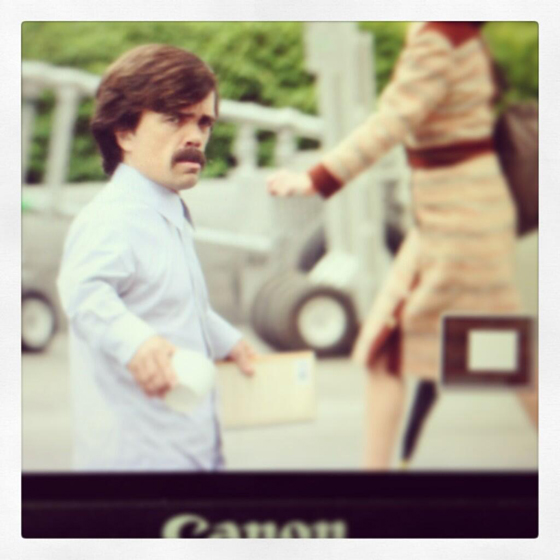