Welcome to the Monday Morning Commute! This is the weekly entertainment call-to-arms hosted at OL! First, I’m going to share a short piece of fiction I’ve just unearthed from my brain with a caffeine-excavator. Then, I’m going to detail some of the ideas I have for entertaining myself into the weekend. Lastly, the final step of the MMC is for you to hit up the comments section and share party-agenda for the week!

This is pop-culture show-and-tell at its most unabashedly passionate.

Take a rip of your favorite beverage and go for it!

Young Thurgood, riding in the passenger seat, put his cock back in his pants and acknowledged the question. “Huh? Oh, no, I didn’t hear fuckin’ nothing. Wait, which fat turkey you mean?”

“I’m talkin’ about Mayor Edta! Ya didn’t hear what he was screamin’ back there?!”

Buckley Sangrio wasn’t used to seeing his compatriot in the throes of such aggravation, and they’d spent more than a couple years together. Truth be told, Buckley first met Young Thurgood when he was still known as Thurgood the Babe. Back in those days, Thurgood’d made a name for himself by ending every crime spree by murdering a milkman. It usually went down with him calming cruising around the neighborhood surrounding the bank or saloon or whorehouse he’d pillaged until stumbling across a milkman. Then, he’d drink exactly three bottles of the now-deceased dairy-dealer’s wares: two milks and one cream.

And aside from his murderous tendencies, he was usually as pacified as a milk-gurgling baby. So in this moment of fleeing the scene of a crime, Buckley wasn’t exactly sure what to make of the disgruntled disposition in his passenger seat. They’d broken plenty of laws in their time together, but never before had Thurgood ever displayed the slightest iota of dissatisfaction. Buckley resolved to figure out what was going on.

“Hey there, ain’t never befo’ did I see such grumpiness from Young Thurgood. Hell, even Thurgood the Babe never wah-wah-wah’d for his Mummah! So what the hell’s gotten into you?”

“Goddamnit, you don’t answer me I’ma toss boot ass outta thissere car! See how much you like tryin’ to get away without a getaway car, you cookie-crumbler!”

Embarrassed but knowing Buckley Sangrio to be a man of his word, Thurgood pulled unzipped his fly.

“I’m showin’ you,” Thurgood pulled his cock through the slit in his pants, “why’m so damn ornery! Look right here!”

There was a wart. Not just any wart, but a cock-wart. And this cock-wart was one for the books. It was bulbous and dark and beginning to ooze what looked to be less of a pus, and more of an off-yellow phlegm. Moreover, this monumental cock-wart was pulsating, seething with heat on the off-beat of each blood-circulating heartbeat. It was gross.

“Awh God!” Signor Sangrio exclaimed, “How long’ve you been carryin’ `round that l’il bugger?!”

“No fuckin’ clue!” Thurgood was frightened, on the verge of tears. “But I know that I just noticed it when we was back on that dais. As you was stealin’ a smooch from Mayor Edta’s daughter, I took on my sperm-slinger and started shakin’ it the ambassadors! I was havin’ me a good time, too, until some greyhaired old bag pointed at it and shrieked, ‘My Lord! Sonny, you’ve got a wart on your penie!'”

“She called is a penie?”

“Devil as my witness, she called it a penie!’ At that point, I was absolutely stunned. It took my utmost concentration to get back to the task at hand – murder the old folks and take their wallets.” Thurgood began to gaze into the middle distance. “Got no fuckin’ clue what I would’ve done  if that milkman hadn’t been right in front of our car…I may never have found the nerve to hunt one down.”

“Well then…” Buckley was upset for his friend, having never seen such a horrifying, magnificent genital growth. Still, he offered feeble consolation, “Next town we come across, we’ll rob ourselves a pharmacy and get you a salve.”

“So,” Thurgood began, perking up a bit, “what was it that the mayor was shoutin’?”

“All right…” Buckley Sangrio took a drag from his cigarette and passed it over. “That fat turkey was shoutin’, ‘There they go! Those’re the two that hit the bank! And I think one of `em gave my wife genital warts! Stop the bastards!'”

Rockin’/One of Us Is the Killer (The Dillinger Escape Plan)

I’ve been totally blown away by One of Us Is the Killer, the newest album by The Dillinger Escape Plan. This disc is absolutely solid through-and-through, with some of the heaviest and most intriguingly-erratic sections I’ve heard in a long time. Even if you count yourself amongst those who can’t listen to Dillinger, you may very well appreciate the intensity of this album. There is no doubt that One of Us Is the Killer is a product of individuals who’re willing to lay it all on the line, to wear their hearts on their sleeves, to give their entire beings to their art.

In a world where apathy and mediocrity reign supreme, One of Us Is the Killer is a welcome reminder that there are those who’re still trying to push themselves beyond their boundaries. 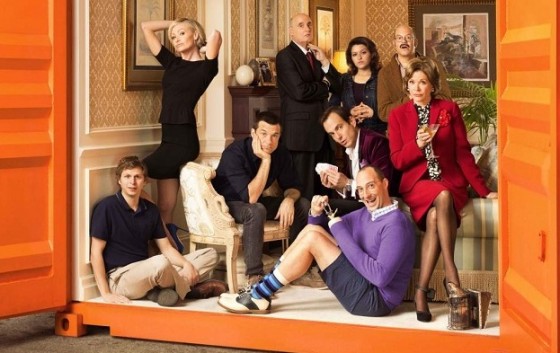 Yes, I am one of those nuts dedicated yesterday to all of Arrested Development‘s fourth season in a single sitting.

What do I think? Well, I think that Mitch Hurwitz and crew have reaffirmed my believe that this is the best-written comedy I’ve ever seen. Although this season sees each episode more or less focusing on a single character, it’s clear that great effort went into trying to provide as much of an ensemble experience as possible by fully highlighting each character. So even though characters aren’t always present, they absolutely kill when they are.

So even though it takes awhile to see Tobias Funke front and center, his Fantastic Four musical is worth the wait.

I haven’t read any reviews or other comments about the revival of Arrested Development, but I have suspicions that reactions are going to run the gamut. Maybe some’ll think that the Bluth family has lost their magic, with lightning never being bottled twice. Others might crave a movie or another season because they loved this season.

If you’ve seen it – what do you think? 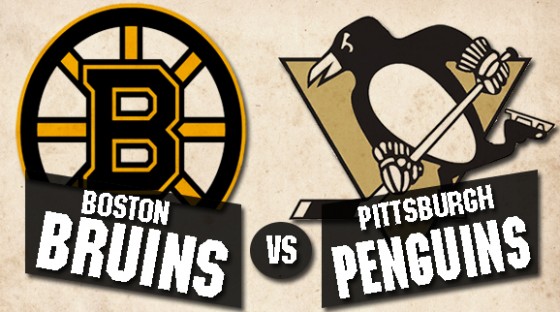 Truth be told, my only postseason wish for the Bruins was for them to make it out of the first round. Mission accomplished! But after besting the Rangers in five games, my mind’s started to wander…to wonder…what if? What if? WHAT IF!?

I don’t expect Boston to knock off Pittsburgh, seeing as Crosby & Co. are some of the most offensive (pun!) puck-slingers currently on the ice. But with the underdog spirit surging through the Bruins’ veins, they might just be able to make a series out of these games. I’m going to expect the worst and hope for the best.

In Bergeron we trust.

So that’s my week – a kooky short story, math-metal, television, and ice hockey!

Tags: arrested development season four, bruins, One of Us Is the Killer, Penguins, Prancer, Stop the Bastards!, The Dillinger Escape Plan