Archives
« ‘CYBERPUNK 2077’ TEASER TRAILER: That gorgeous Dystopian rot.
OSCAR NOMINATIONS 2013: Everything sucks and your favorite movie does too. » 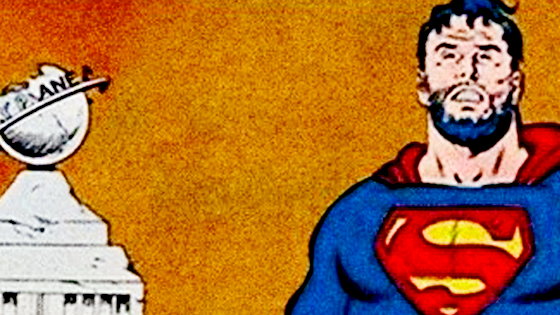 Fuck Warner Bros! As of right now, I am publicly rescinding the pitch I sent to them. You know, the pitch about the bi-polar kid so hopped up on caffeine he literally pierces time and space with one frothy piss. Once he clambers into the other dimension, he finds a pet unicorn who he falls in love with. After a prolonged courting process, they make love. The kid dies almost immediately. I rescind all of this, because Warner Bros. will just make like a zillion bucks off it and I’ll get nothing. Nothing!

It looks like the fate of the Superman franchise rests in the hands of Warner Bros. and not the estate of its co-creater, thanks to a recent ruling in the studio’s favor in ongoing legal battles regarding rights to the iconic character. Back in 2001, a lawsuit between Warner Bros. and the estate of Superman co-creator Jerome Siegel ended in a settlement that gave the studio full control of the superhero franchise — but that decision was reversed in 2008 when a court gave control back to Siegel’s estate. According to The Hollywood Reporter, the court has ruled that the original 2001 agreement supersedes the 2008 reversal — which means that Warner Bros. now has essentially unfettered control overS uperman. This control is even more complete in light of another court victory in October that ruled against the estate of Superman’s other creator, Joseph Shuster.

In that decision, the Shuster estate was trying to reclaim a 50 percent interest in the character, but now the estates of both Superman creators appear to have no creative control. In a statement, a Warner Bros. spokesperson said that “we are extremely pleased that Superman’s adventures can continue to be enjoyed across all media platforms worldwide for generations to come.” While these recent rulings are definitely big wins for Warner, we’d be surprised if this was the last of the many legal battles involving theSuperman franchise.