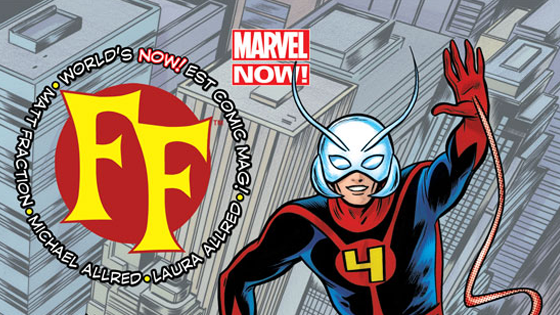 There ain’t a multitude of titles hitting the shelves this week, and that’s aiight for two reasons. First, it saves my pittance of an allowance from evaporating with over a week to go until the next paycheck. I am a poor ass academic surviving on tutoring wages, though to be fair, what I am paid for what I do is patently ridiculous. Second, the comic books that are dropping have my tits tweaked. My nips are a deep, hungry red, begging for the funny rags to fiddle them.

This den of perversion and adolescent banality is Buy These F**king Comic Books. Within these walls we shall all share the comic books we’re excited for on a given week. I know my tastes sucks raw farts out of my dead grandmother’s ass, so remind me of the titles I missed. If you don’t know what is arriving on a particular Wednesday, Comic List will help you out.

FF #1
This title is too odd to live, so snatch it up while you can. Born from the more unrestrained portions of Matt Fraction’s gloriously throbbing brain-stem, FF is a title that seems mainstream only in name. Teaming up with Mike Allred, Fraction is penning the tale of what happens when the Fantastic Four throw up the deuces for an entire year. Who would replace them? What would happen? It’s a batch of madness that seems to hit its fucking pinnacle with the introduction of Miss Thing. A Hollywood burnout pile of mess that Johnny “Lay Dat Pipe” Storm hooked up with. She doesn’t have any superpowers, but she does have a Thing suit. Fraction is at his best when he is answering the least to the Editorial Kraken, and while I’m not certain he seems to be free-wheeling here. 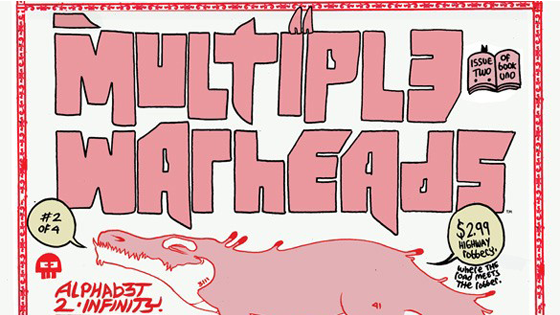 Multiple Warheads: From Alphabet to Infinity #2
I am unabashed when it comes to how hard I ride Brandon Graham’s tip. As I ride it, I scream out to passersby, “Behold! Never a tip rid so shamelessly! It hits the prostrate and then I moan!” Parents shield their children’s eyes. I just shrug. I double-down, writhing against the creativity that Graham infuses into everything he does. Be it King City or Prophet or Multiple Warheads. All of them are wonderful. This week the second issue of his Warheads  mini-series drops. I’m sold. Sprung. Lubed. Let’s do this. 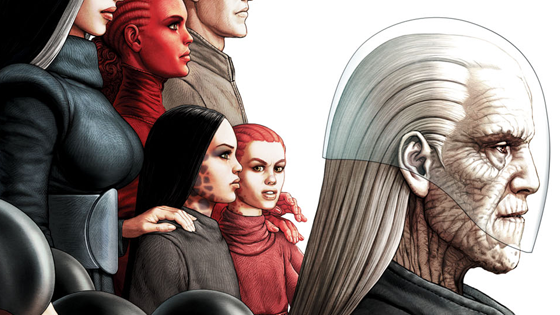 Technopriests Supreme Collection [Total reach purchase]
Every so often I come across a release on a given week that I can’t purchase. But I really wish I could. This week it is the Technopriests Supreme Collection. The oversized limited edition son of a bitch is all of Alexandro Jodorowsky and Zoran Janjetov’s science-fiction tale in one hefty package.  Oh, it seems glorious. I never read it back during its run, and I doubt I would have appreciated it even if I had. It was before the drilling incident, far before I received accidental enlightenment. But now its madness seems right up my alley. Alas, it is not meant to be. Even at Amazon’s discounted price it remains unattainable for me. However, maybe you’re affluent. Or a fan. Or careless. Buy this. Mail it to me. I have fingernail clippings and haiku I am willing to exchange in return. You say no? I figured. At the very least, check out the preview at CBR. 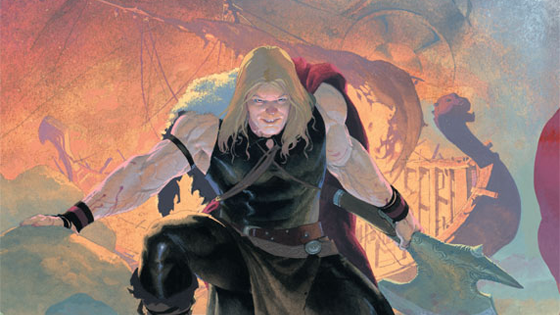 Thor: God Of Thunder #2
Real talk: I missed the first issue of this series. Even with that unfortunate development, I’m still amped for this second issue. By the Lords of Valhalla, it’s like my first issue! Yeah, that’s me rationalizing being a negligent piece of shit. The LCS sold out of the first issue, and I just took it off the chin. There was every opportunity to step out of my relationship. Nothing stopped me from running a covert mission to another store. Nothing, save my rampant desire to sit on my ass with every free moment. Refresh Tumblr. Stare at butts. That sort of thing. So I’m going to try this again. Once more with feeling. It’s viking metal being conducted by the beastly talented composers Jason Aaron and Esad Ribic. It may not be your thing, but my fat geek ass grew up with power metal and Lord of the Rings.

That is it for me this week. What are you lasses and lads of the sequential artwork excited for? Eh? Hit me.