Archives
« JOSS WHEDON on why he almost didn’t do ‘AVENGERS 2’, dude makes sense. Lots of it. ILU, Joss.
The PHILIPPINES BANS cybersex? I don’t…I can’t…This doesn’t… » 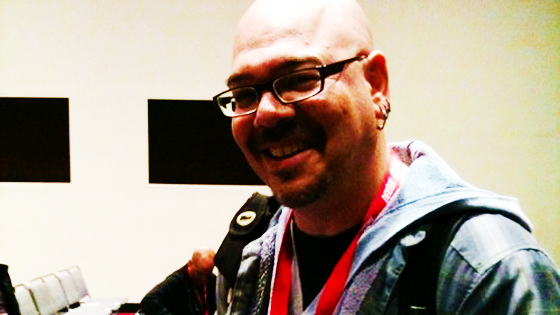 Talented as sin Greg Rucka is yet another comic creator no longer wanting to do the work for hire song and dance. They’re dropping like lies, tough I’d be remiss to not also comment on the pantheon of fresh and wonderful blood the Two Beasts have stoked up on lately. To siphon dry.

“I’ve reached the end of my work for hire rope. I’m enjoying The Punisher, but that’s not mine, it’s Marvel’s, and l knew that going in. I have spent a lot of my comics career in service of other masters, – and I’ve had enough of that for now. I’m sick to death of the way the Big Two treat people. I gave seven very good years to DC and they took gross advantage of me. That’s partially my fault, but not entirely. At this point, I see no reason why I should have to put up with that, I can sink or swim on my own. […] My run onPunisher ends on #16, and we are then doing a five-issue mini called War Zone and then I’m done. That’s it! The Powers-That-Be at Marvel, without talking to me, decreed that he’s going to join a team on another book. That’s their choice, they own him, but I don’t have to be happy about it. I am glad I had the opportunity to work on the character and I’m proud of the work I’ve done. Despite what the publishers say, their interest in the talent is minimal now, the interest is only in promoting the financial worth of their properties. That was not the case as of two or three years ago, when there was an ‘exclusives war,’ but that’s all gone by the wayside now. Ultimately, they are saying, “We don’t need you,’ because they can get a million more just like you.”

– Greg Rucka, from the new issue of Mark Millar’s CLiNT magazine, discussing creator-ownership and moving on from Marvel and DC Comics