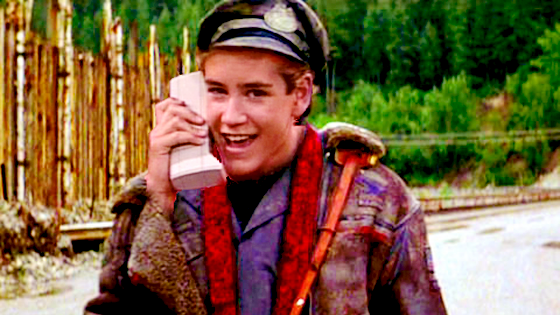 On one hand, this is a pretty radical concept. Preventing people form texting in theaters! Huzzah! On the other hand, what about emergency calls from your loved ones? There is that weird line between being helpfully connected, and hopelessly inundated with the data stream.

Apple — yes, the makers of the very same devices that irritate us to no end in the theater — has just won a patent for geo-fencing technology that could stop people from using their iPhones in the theater.

The patent was originally filed in 2008, but just received approval today. It covers“[a]pparatus and methods for changing one or more functional or operational aspects of a wireless device, such as upon the occurrence of a certain event.” In plain English, that means Apple could change your settings automatically based on where you are. There are plenty of potentially useful applications for this feature — classrooms and airplanes come to mind — but blocking cell phone use in theaters is one obvious possibility.

The patent would allow Apple to introduce an iPhone feature that would dim your iPhone’s display, disable its calling and texting functions, silence its ringtone, or turn off its camera the second you walked into a theater. Interestingly, Peter predicted this very possibility last year when the Sun reported on a patent for a technology that could shut down video during live events. As he noted then, Apple could conceivably fine-tune the feature so your phone doesn’t simply turn off. For example, Apple could design it so that even in movie-theater-lockdown mode, you’d still be able to make emergency calls or check the time.