‘THE HUNGER GAMES: MOCKINGJAY Gets Split Into Two Flicks. Should Be One Flick, Thrown Into Garbage. 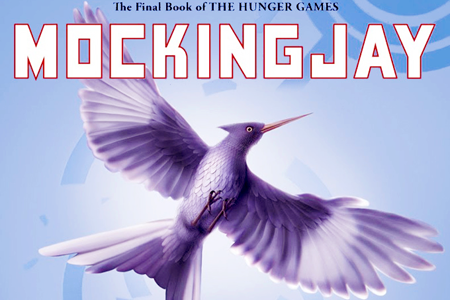 I joke about The Hunger Games. Tease it a little. Despite this, I think it’s a solid young adult book. Mockingjay isn’t. It’s a turd sandwich, and they are fashioning it into two flicks. Either this is going to allow the movie to breath in ways the final book didn’t, or its going to be four hours of barely-mediocrity.

Lionsgate announced that “The Hunger Games: Mockingjay — Part 1” and “The Hunger Games: Mockingjay — Part 2” will be released one year apart, on November 21, 2014 and November 20, 2015. This pretty much ensures Jennifer Lawrence’s calendar will be filled for the foreseeable future as she hangs around the Capitol, but perhaps more importantly for Lionsgate, it keeps their money train rolling for the next three years. It will be interesting to see just how they split the final book — which is frankly not any longer than “The Hunger Games” or “Catching Fire” — without turning it into a dragged out snorefest, something that even some Twihards admitted hampered ‘Breaking Dawn’ and its lethargic, non-event Part 1. It’s a pretty callous emerging trend on behalf of studios and we wonder when audiences will revolt, but once they are invested into a story, it will be hard for them to break away. At any rate, it’s all about the C.R.E.A.M.

Tags: Jennifer Lawrence, jlaw, mockingjay release date, shut up, The Hunger Games: Mockingjay, whatever, who am i kidding i'll see it