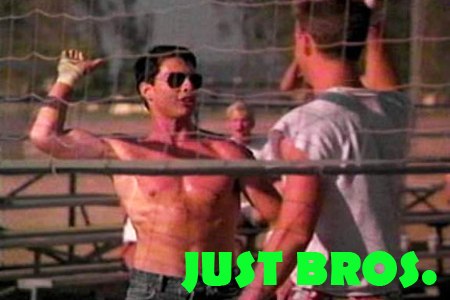 How the hot shit across a cold piece of bread does this make any sense. Some Paramount executive-cock fart has informed the world that before M:I5  will come Top Gun 2. Why follow up on the best installment in a franchise when you can recook a homoerotic Cold War propaganda flick?

Speaking to  THR, Paramount film group president Adam Goodman was asked about the continuation of  Mission: Impossible, and he said,

Do not understand! Though who the hell can complain. Just some dudes, spiking volley balls, hugging, defeating Communism…er, I assume terrorists. #Ominousmusic