Archives
« Twenty-Fourth JAMES BOND Flick to Drop In 2014; Will Danny Craig Be In It?
‘TOP GUN 2’ To Come Out Before ‘MISSION: IMPOSSIBLE 5’…Oh Yeah Totally Makes Sense. » 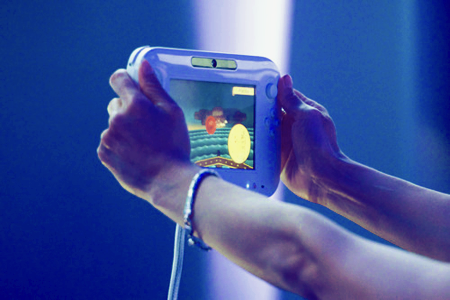 Nintendo and Apple have to be hanging out, stroking each other’s hog. They’re both masters of announcing shit like it’s something innovative and ass-tingling despite having already been done. In this case, Nintendo is all, “Hey, you can download New Super Mario Bros. 2  this summer!” and mentioning the Wii U will support it as well. Yeah, whatever. Passe!

The freshly-announced  New Super Mario Bros. 2, for the 3DS, sees Nintendo entering the digital download age for  real, as the game will be available as either a packaged product at retail or as a downloadable title (which is saved to an SD card). Other titles will follow. Strangely, the downloadable option will also be available at retailers.

It’s not just the 3DS that’s  getting full-scale digital downloads this year. Nintendo’s new Wii U console will be getting the feature as well.

This means that new games released at retail on the system, at least those published by Nintendo, will also be available day-and-date to download.

Interestingly, games will be downloaded through the eShop, but consumers will be buying download codes either from a retail store or an online vendor. Nintendo says prices will be determined by those third-party vendors, which in theory at least should lead to competition and – at least occasionally – lower prices.